Berkeley, California, finally went where no taxing jurisdiction has gone before.

Voters in the city on the eastern side of the San Francisco Bay area overwhelmingly voted on Nov. 4 to tax sugar-sweetened beverages such as soda and juice. No other town has ever done that. 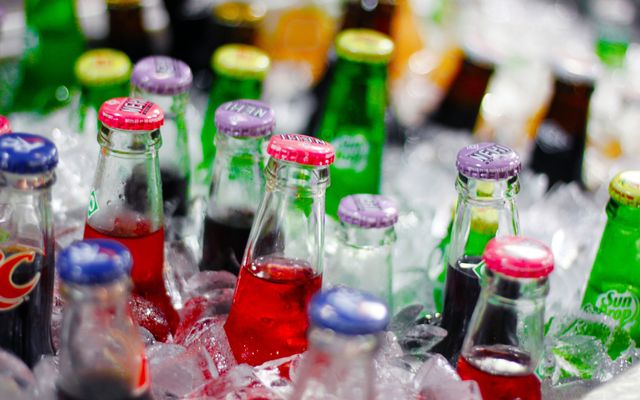 Just as impressive as the 75 percent pro-tax vote -- a simple majority was all that was needed for passage -- was that the Berkeley citizenry shut down the beverage industry, which spent more than $1 million fighting the ballot initiative.

Approval of Measure D means that beginning Jan. 1, 2015, Berkeley will levy a penny-per-ounce tax on sugary beverages. Excluded from the tax are infant formula, milk products and natural fruit and vegetable juices.

Sodas remain tax free in San Francisco: Across the bay, a similar ballot measure failed in San Francisco despite getting a "yes" from 55 percent of voters. Proposition E would have imposed a 2 cents-per-ounce tax on sugary beverages.

The San Francisco measure, however, needed at least a two-thirds vote to pass because the tax money would have been earmarked for nutrition, physical activity and health programs.

Taxes on sugar-sweetened beverages, generally referred to as soda taxes (or sometimes as sin taxes, although if drinking Cokes is a sin, I have a special suite in Hell waiting for me), have been a favorite in recent years of health advocates.

They blame the drinks for the increasing girths of millions of Americans. And, argue soda tax advocates, obesity and its associated health problems pose a major health crisis for the country.

Opponents denounce the efforts not only on anti-tax grounds, but also as a symbol of the nanny state run amok.

Before last week's soda tax victory, notes Bloomberg BNA, proponents of the levy had endured a string of defeats.

Two years ago, voters in the California cities of Richmond and El Monte rejected soda tax proposals. An attempt by the California State Assembly to put warning labels on sugary drinks sold in the Golden State failed in June. In May, Illinois voters refused a penny-per-ounce tax on sugary beverages, syrups and powders.

Soda as the virtuous, healthy drink choice: Once upon a time, however, sugar-sweetened drinks were embraced. The love for soft drinks was spurred largely by the temperance movement.

Livia Gershon explains in her article When Soda Was Virtuous in the Nov. 7 issue of JSTOR Daily.

Women's Christian Temperance Union (WCTU) efforts were tremendously successful between 1874 and 1920, writes Gershon, in changing both laws and social norms around alcohol. The anti-alcohol group succeeded in shifting the 19th Century's public activity centers from taverns, which often had also served government meeting places and courtrooms in newly incorporated towns.

WCTU members abstained from alcohol and were quite successful in convincing friends and family to do the same.

In addition, the group formed a powerful alliance with the American Medical Association (AMA).

Nowadays, doctors are firmly in the soda tax corner. But around 100 years ago, the AMA's member physicians, notes Gershon, were in competition with pharmacists who made folk medicines containing homemade liquor.

So a deal with doctors was struck. And as the temperance movement slowed alcohol sales and shuttered breweries, sodas with the medical imprimatur filled the gap. Gershon explains:

Soft drinks were first mass-produced in England in 1764 as distinctly healthy concoctions: tonics against fever, scurvy, dysentery, and vomiting. Coca-Cola famously touted its coca leaf-containing drink as a cure for headaches, exhaustion, and other ailments. By the late 1880s, sodas like root beer were being sold explicitly as an alternative to alcohol.

Dr Pepper for what ails you: And while not mentioned in the article, I'd have my native Texan citizenship revoked if I didn't mention Dr Pepper, the Lone Star State's unofficial non-alcoholic beverage.

There are several explanations as to how the uniquely flavored soda, whose 1885 introduction preceded Coke's appearance by one year, got its name. But like many of its ilk, Dr Pepper was marketed in its early days as a brain tonic and energizing pick-me-up.

Don't expect to ever see any soft drink characterized as healthy again.

But things are cyclical, so also don't be surprised to see sugary beverages less vilified one future day, perhaps when sugar and not high fructose corn syrup returns as the sweetener of choice.