Factor sales and use taxes into your holiday shopping budget

Do you factor taxes into your shopping budget?

You should. If you live in a high sales tax state, it could make a big difference.

The tax costs of shopping are of particular concern as the holiday shopping season has arrived.

Many stores opened on Thanksgiving Thursday. A few waited until the traditional Black Friday. Then there's Small Business Saturday and, after a break for your bank account and some turkey dinner leftovers, comes Cyber Monday.

So who should be putting aside a few extra bucks to cover shopping sales taxes?

Tax software and information services company Wolters Kluwer CCH notes that there is a wide variety of state sales tax rates, ranging from states not having sales taxes at all to those that add more than seven percent at checkout. 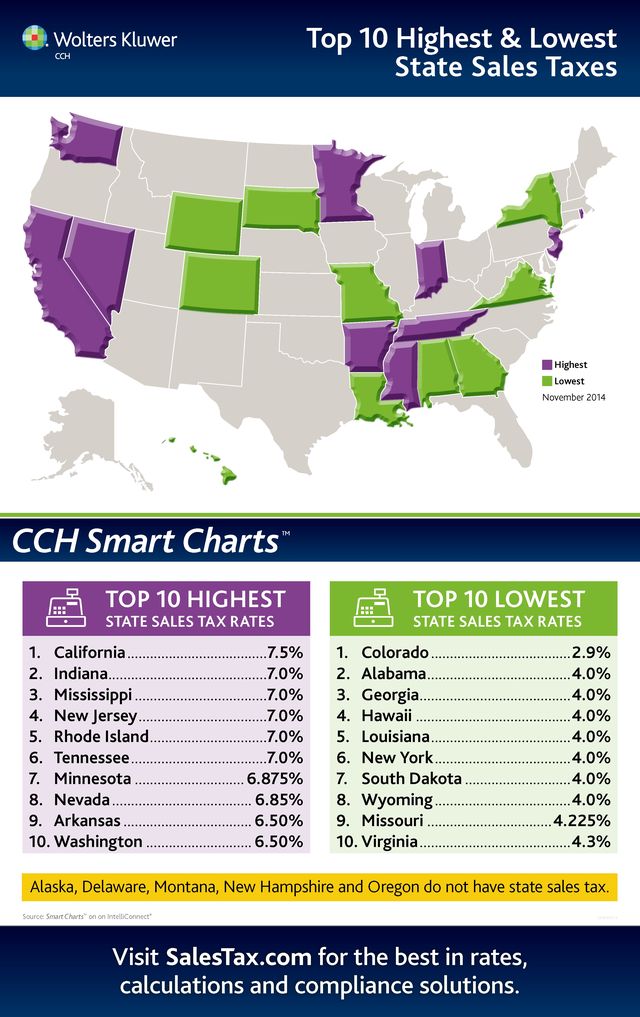 Local taxes, too: On top of the state sales tax rates, you also have to account for local taxes.

We can't even turn to Amazon for sales tax relief. The giant online retailer has been collecting sales tax from Texas shoppers since July 1, 2012.

That could soon be the case nationwide.

As I note last this week at my other tax blog, this could be the last tax-free online holiday shopping season.

Nationwide online sales tax collection coming: The Marketplace Fairness Act, which would give states the authority to force out-of-state websites (and catalog and other remote sellers) to collect Internet sales tax, easily passed the Senate in 2013.

The measure will die when the 113th Congress' lame duck session ends, but expect it to re-emerge early in 2015.

Supporters argue that a consolidated nationwide sales tax collection system is necessary for brick-and-mortar retailers, many of which are small businesses, to compete with online sales outlets.

Amazon, which already collects sales taxes in 23 states with more to be added to the list in coming months, is on board with the proposal.

Some other online retailers, notably eBay, are fighting the bill. And consumers obviously are vehemently opposed.

Use taxes, too: Non-taxpaying purchasers' complaints, however, lack credibility since they're breaking the law.

That's right. In states with sales taxes, there is a use tax that applies to items bought tax-free, either online or in person, and brought into the buyer's home state to use.

Some states are getting the word out to their shopping residents of the use tax law.

With holiday shopping in full force, the California State Board of Equalization (BOE) is reminding Golden State shoppers of the importance of remitting use tax on out-of-state and online purchases.

Last year, businesses and California residents paid more than $4.6 billion in use tax. However, the BOE estimates that more than $1 billion goes unpaid each year, enough to pay the salaries of more than 11,000 teachers or 7,000 police officers.

"Some shoppers haven't heard of use tax, but it has been providing support for public services for decades, long before the Internet existed," said BOE Executive Director Cynthia Bridges.

When the Marketplace Fairness Act is passed, and it eventually will be, California and other state tax collectors won't have to nag their residents for use tax payments.

Until then, though, your state is depending on you for its lawful tax share of your shopping dollars.