I am a glutton for punishment. For work, I write about taxes. For fun, I'm a life-long Dallas Cowboys fan.

The abuse I get in both cases runs neck-and-neck, with seasonal fluctuations for whatever group is most in the public eye at the time.

But at least America's Team (bracing now for a new influx of emails) isn't having as bad a year as I expected. I predicted the 'Boys would only notch four wins. 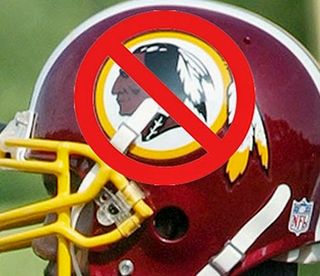 And the 'Pokes also are definitely doing better than their long-time NFC East rival based in the Washington, D.C., area.

Not only is the national capital's football squad struggling on the field, it continues to face objections beyond the gridiron because of its racially insensitive Redskins name.

Revoking full league's favorable tax status: And now that team moniker is being used to launch a tax attack against the full National Football League.

Eleanor Holmes Norton, Washington, D.C.'s Congressional delegate (that's the city's nonvoting member of the House of Representatives), has introduced a bill to strip the NFL of its tax-exempt status because it benefits from promoting a racial slur.

The NFL is the nation's largest sports franchise, generating almost $10 billion annually, noted Holmes in her Nov. 12 statement upon introduction of the bill.

Even with that intake of money, the NFL is a not-for-profit 501(c)(6) "business league" organization that receives tax-exempt status. That nonprofit designation, Norton notes, allows for the NFL's profits to trickle down to its 32 teams, including the Washington football club.

Norton also referenced the more than 300 tribes and millions of Native Americans and religious and human rights organizations that have called on NFL Commissioner Roger Goodell and team owner Daniel Snyder to change the football club's name.

Unfair taxpayer subsidization: As for taxpayers, Norton decries the fact that we, regardless of which football teams we root for, have been "subsidizing a multibillion dollar league that promotes what has now been officially found to be a racial slur for profitable gain."

Norton argues that as long as the NFL is benefiting from tax-exempt organization status, it also has a duty to ensure that its teams are not promoting or benefiting from a derogatory term that degrades some Americans.

A companion bill, S. 2884, has been introduced in the upper chamber by Sen. Maria Cantwell (D-Wash.)

Norton's measure, as well as the Senate version, would revoke the tax-exempt status of only sports leagues that use or promote the term Redskins.

The bills, therefore, would not affect other leagues, such as the Professional Golfers Association and the National Hockey League, that also fall under the same 501(c)(6) tax exemption.

No action now, but possible in next session: Nothing obviously will happen with these bills in this Congress, which is trying to act on more pressing pieces of legislation <cough>tax extenders, continuing budget resolution<cough> in the current lame duck session.

But look for Norton, Cantwell and lawmakers who oppose the NFL's (and other sports leagues') tax-exempt status on purely sane fiscal grounds to continue to push for tax code changes here.

When 2014 started, Republican Rep. Jason Chaffetz of Utah proposed a bill that would officially strip the NFL of tax-exempt status. There's no good reason, Chaffetz said 11 months ago, for that and other leagues to enjoy the special tax treatment.

"In reality, the NFL and the NHL are for-profit businesses, and they should be taxed as such," he said. "They are not charities nor are they traditional trade organizations like local chambers of commerce."

And back in 2013, Sen. Tom Coburn (R-Ok.) announced that he wanted to eliminate the preferential tax status for the NFL, NHL and PGA.

So while the NFL is weathering its current public relations crises (domestic violence, concussions) and remains the most popular spectator sport in the United Sates, some lawmakers are going to continue to chip away at its tax-exempt status.