A lot is going on in the next eight weeks.

The holidays are almost here. Got your turkey yet? Made your Santa wish list?

Meantime, you're also checking out the year-end tax moves you need to make to ensure you pay Uncle Sam the lowest possible 2014 tax bill.

And you need to do some 2015 tax planning. Sorry, but it's true. So this week's By the Numbers figure is 2015 in recognition of the many inflation adjustments that will affect next year's tax bill and tax plans. 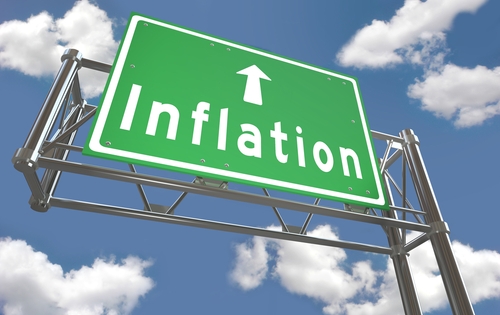 Back on Oct. 30, I posted next year's ordinary tax rates and the income that falls into those brackets. These 2015 tax bracket amounts are great for comparison to the 2014 data. This will give you an idea of just how similar or divergent your taxes are likely to be next year.

But you also need to know some other amounts that will affect next year's taxes, such as personal exemptions, standard deductions and Alternative Minimum Tax exclusions.

Like the income tax brackets, these amounts are adjusted annually for inflation. Sometimes it's a lot. Other years the changes are minimal.

For 2015, here are some key figures that will impact your taxes.

Exemptions: Personal exemptions are extremely excellent. These amounts offer a way to reduce adjusted gross income to a lower taxable income amount. Every filer gets to claim the exemption amount for him- or herself, along with the same amount for each qualified dependent.

Remember, however, that if you make a lot of money -- or at least what the tax law considers a lot -- then you could lose some of your exemption amount. This reduction is called (usually only by tax geeks) the personal exemption phaseout, or PEP. You or your tax preparer or tax software will have to do some calculating to determine how much of your exemption amount you lose when your income hits a certain level.

Standard deduction: Itemizing gets a lot of attention because it's more involved.

But most taxpayers don't mess with Schedule A. They claim the standard deductions amount, which are slightly different for the various filing statuses.

But you don't have to wait for the forms! The table below shows the 2015 standard deduction amounts, along with what the figures are for 2014.

Itemized deduction reductions: If, however, you are in the minority that does itemize, in addition to paying attention to all those deductions, you also need to know about the possibility of losing some of them.

As with PEP, itemized deductions are incrementally reduced for wealthier taxpayers. As with other laws named after individuals, this reduction is known as the Pease limitation, again mostly by tax geeks, in honor of the late Rep. Donald Pease (D-Ohio), who championed the law way back in 1990.

The Pease itemized deduction limits kick in and disappear at the same levels as for PEP. However, unlink the exemption amount which could be zeroed out, you'll get at least some of your itemized deductions even if you make a lot of money.

Alternative Minimum Tax (AMT): This dreaded parallel tax system was devised to ensure that wealthier taxpayers paid at least, as the name says, a minimum amount of tax. Under the American Taxpayer Relief Act of 2012, aka the fiscal cliff tax bill, the exemption amounts that protect taxpayers from the AMT were made permanent and indexed for inflations.

Estate tax: And then there's the meeting of death and taxes.

Estates of individuals who die in 2015 will not be subject to the federal estate tax if the estate's value is $5.43 million or less. That's up from a total asset value of $5.34 for estates of 2014 decedents.

Some folks like to reduce their estate's taxable value by giving some of the money away while they're around to hear the thank yous from recipients. For 2015, the annual exclusion for gifts remains as the 2014 level: $14,000 per gift to any person, related or not, that you wish.

If you don't have a lot of family or friends, I'm always available to help you out here. Just drop me a line!