By now, most Americans have wrapped up their annual tax-filing duties. And it's probably safe to say that a lot of folks are feeling a lot poorer after fulfilling their tax responsibilities. 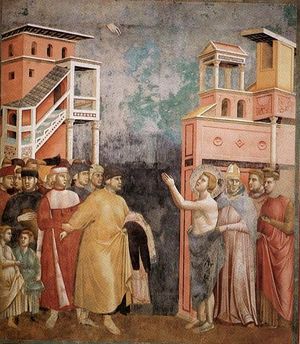 Some individuals, however, have tried to use a religious vow of poverty to avoid taxes altogether.

In these egregious tax evasion cases, they haven't been successful.

Poverty vow was a poor tax argument: Take the case of Timothy Dale Jackson. The 50-year-old orthopedic surgeon from Pass Christian, Mississippi, claimed to have taken a vow of poverty with a Utah-based church.

Jackson said that his monetary sacrifice exempted him from income tax.

There is such a legitimate claim. But the Internal Revenue Service is wise to those who look to abuse it. The agency's Minister Audit Technique Guide has a section devoted to members of religious orders who take such vows.

In Jackson's case, the IRS determined that he wasn't living up to the standards. A federal court jury agreed.

Pass-through poverty: Last month, Jackson was found guilty on four counts of felony tax evasion and one count of obstruction of the due administration of federal tax laws.

During his trial, it was shown that Jackson had taken a vow of poverty in 2003 with the Church of Compassionate Service, an entity located in Utah.

But federal prosecutors countered in court with evidence that Jackson made substantial income practicing medicine. Between 2006 and 2009 alone, he reportedly earned more than $1.8 million.

Jackson, however, had not filed a tax return or paid any income tax since taking his 2003 vow of poverty, according to prosecutors.

Jackson's excuse for not filing was that he donated his income to the Church of Compassionate Service. He did indeed give away his money, but during court was shown that he got most of it back through nominee accounts and other methods used to conceal income from the tax collector.

The IRS said he owed more than $659,000 on his legitimately taxable income. After a week of hearing evidence, jurors agreed, and handed down the guilty verdicts on Sept. 24.

Jackson is scheduled to be sentenced on Dec. 18. He could end up spending 23 years in prison and owing fines of up to $1.25 million.

"Most individuals file truthful tax returns and pay their fair share of taxes," said U.S. Attorney Gregory K. Davis in announcing the case's outcome. "The verdict in this case demonstrates that, regardless of one's occupation or status in life, if you evade paying taxes, you face real consequences including criminal prosecution and a possible prison sentence."

Gabriel L. Grchan, IRS Criminal Investigation division special agent in charge, agreed with Davis' assessment. "Anyone who thinks they can continually evade the assessment or payment of their income taxes, and get away with it, should be aware of this case," said Grchan.

Not alone in claiming tax poverty: Sadly, such tax evasion ploys are not new. A few years ago, other Church of Compassionate Service members who claimed vows of poverty also found themselves facing off against the IRS.

And another so-called preacher also recently tried a similar ploy, incorporating as The Office of Presiding Head Elder, Salomon Haroldo Cortes, After the Order of Jesus Christ, The High Priest and King, and His Successors, A Corporation Sole.

The Internal Revenue Service objected to the Mercedes-driving minister's vow of poverty plea, although I understand payments on those German luxury vehicles have led many down a penniless road.

The U.S. Tax Court agreed with the tax collector in Cortes' case, ruling that the amounts Cortes received from his church in excess of his annual parsonage allowance represented taxable income.

As for the Jackson verdict, CPA and Tax Update Blog author Joe Kristen summed up the situation perfectly:

"While the failure of this scheme isn't remarkable, it is remarkable that somebody smart enough to complete medical school and establish an evidently successful surgical practice would attempt such a ridiculous tax dodge. After his likely prison term and the probable collection of back taxes and 75% civil fraud penalties, plus interest, the doctor may finally have a chance to fulfill his vow of poverty."

And if Jackson still feels a religious calling after his IRS case is finalized, maybe he can start a prison parish.

To be fair, we could make taxes basically automated and easy to deal with, but we cede good policy often to special interests: http://www.vox.com/2014/4/11/5603974/taxes-dont-have-to-suck