Yeah, that phrase isn't as catchy as "Orange is the New Black." But the tax show that we keep seeing year after year is full of its own dramatics and is likely to have a longer run than any popular television (or online) program.

And that means more problems for taxpayers and the Internal Revenue Service.

Like his predecessors, IRS Commissioner John Koskinen is imploring Congress to do its job ASAP so that the tax agency can do its job next year in a timely manner.

Koskinen is specifically concerned about the tax extenders, the more than 50 tax provisions that expired at the end of 2013. Unless Congress decides soon about whether to keep these provisions in place, the 2015 tax-filing season could be derailed. 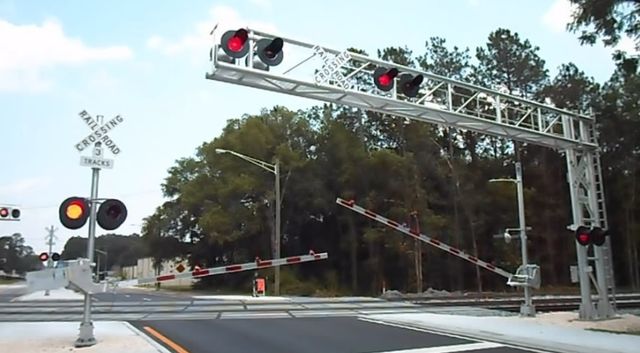 Tax season 2015 is barreling down upon us like a runaway train, but because of Congressional procrastination on tax extenders, millions of taxpayers still don't know what tax laws will -- or won't -- affect us. If Capitol Hill lawmakers don't act soon, they could derail the 2015 filing season.

Expiring, extended, over and over: The extenders include a mix of business provisions, including bonus depreciation, increased expensing and a tax credit for research and development, and popular individual tax breaks, such as itemized deductions for state and local taxes, certain charitable donations, and educational expenses.

This year, as in past Congressional sessions, the House and Senate haven't agreed to continue the extenders. That inability is very troublesome to the IRS chief.

"The IRS is currently facing a great deal of uncertainty related to the expired provisions, which raises serious operational and compliance risks," Koskinen told the chairmen of the tax-writing House Ways and Means and Senate Finance Committees, as well as the ranking minority members, in a letter this week.

"Continued uncertainty would impose even more stress not only on the IRS, but also on the entire tax community, including tax professionals, software providers, and tax volunteers, who all are critical to the successful operation of our nation's tax system," wrote the commissioner.

Some, but separate work: Oh, Congress has done some extenders work. It's just done it separately, and, in the House's case, piecemeal.

The House has approved several expired provisions as free-standing bills. The Senate Finance Committee has approved most of the extenders en masse as the Expiring Provisions Improvement Reform and Efficiency (EXPIRE) Act, but an attempt in May to get full Senate approval failed.

Ultimately, both chambers must reconcile any differences in their eventual extenders bills. That's not going to happen until after the Nov. 4 election.

Troubling tax timing: Koskinen wants the extenders decision to come soon after the general election votes are cast. Like on Nov. 5.

The commish warns that the tax uncertainty, "if it persists into December or later, could force the IRS to postpone the opening of the 2015 filing season and delay the processing of tax refunds for millions of taxpayers."

And he makes it clear that it doesn't matter to him or the IRS what Congress decides. He and his staff just want a quick yea or nay decision.

"I respectfully urge you and other Members of Congress to address this issue expeditiously and decide whether or not to extend the expired tax provisions," wrote Koskinen. "[I]t would be detrimental to the entire 2015 tax filing season and to millions of taxpayers if Congress fails to provide a clear policy direction before the end of November."

Changes mean more delays: If Congress agrees to extend the expired tax laws, Koskinen would prefer they do so in the provisions' current forms.

The only thing worse than delaying re-enactment of the expired laws is futzing with them.

"Moreover, if Congress enacts any policy changes to the existing extenders or adds new provisions, the IRS would have to reprogram systems and make processing changes, which would result in longer delays," wrote Koskinen.

And if Congress postpones extenders action into 2015 and makes any tax law changes retroactive for the 2014 tax year, then the operational and compliance challenges would be even more severe, warns Koskinen.

In that worst-case scenario, he says we should expect service disruptions, millions of taxpayers needing to file amended returns, and substantially delayed refunds.

Support from the Senate: Sen Ron Wyden (D-Ore.), chair of the Senate Finance Committee, agrees with Koskinen about the negative impact of continuing Congressional inaction on the extenders.

"As the 2015 filing season begins to loom large, it is more urgent than ever that Congress moves in a decisive and bipartisan way to renew expired tax provisions that will give taxpayers the certainty they need to plan their finances," Wyden said in a response to Koskinen's letter posted on the Committee's website.

Wyden also noted that his Senate committee did its part more than six months ago, passing the EXPIRE Act "with strong bipartisan support."

"As the economy begins to show signs of strength, uncertainty from the federal tax code is the last thing American businesses and families need as they look to grow and invest," wrote Wyden. "Congress needs to act swiftly on these important tax provisions so it can get to work on a comprehensive overhaul of the tax code and lift the fog of uncertainty from taxpayers."

Continually passing short-term tax laws, especially in bulk, is not good tax policy. Provisions created long ago for specific purposes should be re-evaluated under current economic and tax circumstances.

But at this point, it's the lesser of two evils.

There simply is not enough time to, as Ways and Means Chairman Rep. Dave Camp (R-Mich.) wants, enact separate provisions and make most of them permanent.

To prevent a massive tax-filing mess, especially since taxpayers already will be dealing with a lot of Affordable Care Act (aka Obamacare) provisions, Congress needs to put back in place the provisions that millions of filers are tentatively counting on.

And the sooner the better.