Some retirement plan contribution, AGI limits go up in 2015 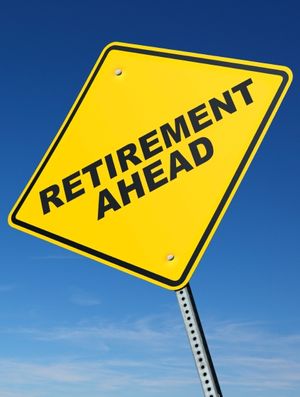 The key to a comfortable retirement is saving now. The tax code helps by offering tax breaks for a variety of retirement savings plans.

Even better, every year the Internal Revenue Service looks at inflation and decides whether the tax limits, both on contributions and income levels that affect some plans, need to be tweaked.

For the coming 2015 tax year, the IRS announced today, Oct. 23, that many of the pension plan limitations will change.

Others, however, will remain unchanged because the increase in the cost-of-living index didn't meet the statutory thresholds that trigger their adjustment.

Here are some of the retirement plan 2015 change highlights, along with the amounts in effect for 2014 as comparison.

Workplace Defined Contribution Plans
Participants in a 401(k), 403(b), most 457 plans or the federal government's Thrift Savings Plan will be able in 2015 to contribute as much as $18,000 in pre-tax earnings.

Similarly, the catch-up contribution amount for employees aged 50 and over who participate in this workplace plans will increase from $5,500 to $6,000.

The additional catch-up contribution limit for both types of IRA owners aged 50 and over isn't subject to an annual cost-of-living adjustment and remains $1,000.

Traditional IRA Deduction Phaseouts
While Uncle Sam helps us save for our golden years, his largesse does have some limits. Some retirement tax breaks are reduced or not allowed at all if you make what is considered higher income.

This is the case for traditional IRAs, which some people have because the plan offers the potential for a deduction on the annual tax return.

However, if you fall into the income phase-out ranges, you get only a portion of the tax deduction. Make less than lower end of the income range and you get the full tax break; make more than the top of the range, and you get no break at all.

The amounts also are affected by the availability of a workplace retirement plan. For married couples, that means the workplace plans of each spouse must be considered.

If you make contributions to a traditional IRA and are covered by a retirement plan at your office, the phaseouts are:

*MAGI is modified adjusted gross income. To determine MAGI, take your AGI and add back certain deductions. MAGI and the deductions that must be considered vary depending on the tax break.

Roth IRA Contribution Phaseouts
Roth retirement plans are popular because contributions are made with after-tax money. But the tax cost now pays off later. Those contributions and their earnings are tax-free when withdrawn.

However, folks who make higher incomes face limits on their ability to open or put money into a Roth IRA. The adjusted gross income (AGI) limits for this and next year are:

Retirement Savings Contribution Credit
If you contribute to a workplace plan or a Roth, either type, you might be able to get an additional tax break. The Retirement Savings Contribution Credit, also often called the Saver's Credit, is worth up to $1,000 when your file your 1040. All you have to do is put at least $2,000 into an IRS-approved retirement plan.

This is a great benefit because it's a credit. You get to subtract it directly from the amount of tax you owe.

However, this credit is designed for low- and moderate income taxpayers. If you make more than a specific amount for your tax filing status, you can't claim the Saver’s Credit.

The AGI income limits in 2014 and 2015 for the Retirement Savings Contribution Credit are:

Additional information on retirement plans and how they are affected by inflation adjustments in 2015 can be found in the IRS' official announcement.