Oh my Lord, IRS. What in the hell were you thinking?

The Internal Revenue Service is already the most hated government agency, and then you go and seize honest working people's assets just because you can.

Even worse, you make it incredibly hard for them to prove that it's you, not them, that is in the wrong.

I repeat: What in the hell were you thinking?

Apparently, according to a New York Times' story, the IRS was thinking that civil forfeiture laws offer an easy way to collect more money. 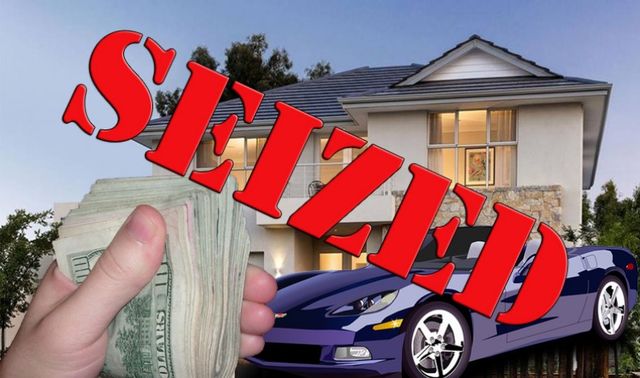 Under the Civil Asset Forfeiture Reform Act, law enforcement agents can take private property they suspect is tied to crime even if no criminal charges are filed, writes Shaila Dewan in Law Lets I.R.S. Seize Accounts on Suspicion, No Crime Required.

Law enforcement agencies get to keep a share of whatever is forfeited. The IRS is among the federal agencies that pursue forfeiture cases.

The money they put into the suspect accounts was in increments of less than $10,000. Under the Bank Secrecy Act, cash deposits of 10 grand or more must be reported by financial institutions.

Many criminals know this, so banks also are supposed to report any suspicious transactions, including deposit patterns below $10,000. This pattern of regular smaller deposits is known as structuring, and is seen by suspicious feds as an attempt by criminals to avoid triggering the report to Uncle Sam.

The reporting requirement was created to nab drug traffickers, racketeers and terrorists by tracking their cash.

However, it's also being used against individuals and business owners who aren't in any form or fashion suspected of criminal or terroristic acts. As Dewan notes in the article, there are often legitimate business reasons for keeping deposits below $10,000.

The Institute for Justice, the Washington-based libertarian leaning public interest law that killed the IRS effort to formally regulate tax preparers, told the NY Times that its analysis of IRS data shows the tax agency made 639 seizures in 2012, up from 114 in 2005.

Mo' money, mo' money: Even with that stunning increase, only one in five seizure instances was prosecuted as a criminal structuring case, according to the newspaper story.

"I don't think they're really interested in anything," said Joseph Potashnik about the prosecutors in a case in which he is representing a victim of civil forfeiture. "They just want the money."

The good news, at least going forward, is that IRS announced, after being contacted by the New York Times, that the tax agency would curtail the civil forfeiture practice and instead focus on cases where the money is believed to have been acquired illegally or seizure is deemed justified by "exceptional circumstances."

More local troubles remain: The problem, however, isn't limited to the federal government.

In September, the Washington Post published a series about the abuses by aggressive police officers who stop motorists and then seize millions of their dollars even when they are not charged with a crime.

Also in the wake of those articles, two men who ran the Justice Department's Asset Forfeiture Office from 1983 to 1989 wrote an opinion piece for the Washington Post calling the current civil asset forfeiture and money-laundering laws "gross perversions of the status of government amid a free citizenry."

Given the recent attention to the abuses, these perversions just might finally be changed.

Property tax forfeiture, too: Another type of government taking of property was the subject of a post last week at my other tax blog.

A Georgia woman had her condo sold by city officials for nonpayment of a small real estate tax bill. In this case, it was not the owner's fault. She never got the bill that became delinquent.

Such tax auctions over tiny amounts are not that unusual. But they serve as a warning to not ignore the property tax collector.

Also over at Bankrate last week, I nagged reminded folks that it's time to make year-end tax moves. Dec. 31 will be here before you know it, so take some time now for tax moves that could lower your 2014 IRS bill.

I usually post my additional tax thoughts at Bankrate Taxes Blog every Tuesday and Thursday. Then the next weekend (or early the next week if I've had a busy Saturday and Sunday), you can find highlights and links here.