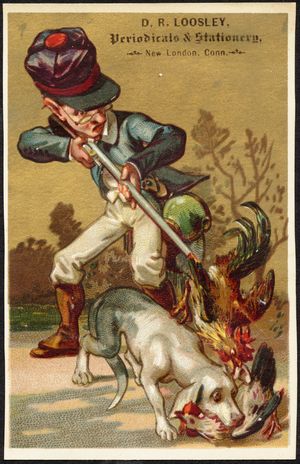 It's a great weekend for Louisiana and Mississippi hunters and gun enthusiasts. Both states are holding Second Amendment sales tax holidays.

Louisiana's tax-free gun sales event has been around since 2009. This weekend, however, is the first sales tax holiday for weapon purchases in neighboring Mississippi.

During these 72 hours, the sales taxes in both states -- 4 percent in Louisiana and 7 percent in Mississippi -- is not due on certain guns and related purchases.

Basically, Louisiana and Mississippi state sales taxes are waived this weekend on individuals' purchases of firearms, ammunition and hunting supplies.

But the states differ somewhat on what they consider hunting supplies.

Louisiana gun tax holiday rules: In the Pelican State, miscellaneous gear that is manufactured and marketed as being primarily for use in hunting is tax-free. That includes airboats to get around Louisiana swamps, as well as all-terrain vehicles (ATVs) that many hunters nationwide like to use.

However, Louisiana notes that purchase of toy guns and vessels or off-road vehicles that are used as children's toys are still taxable.

The state Department of Revenue provides a detailed listing of what is and isn't tax-free in Louisiana this weekend.

Mississippi gun tax holiday rules: Tax-free hunting supplies in the Magnolia State include the following as long as the items are used for hunting: archery equipment, firearm and archery cases, firearm and archery accessories, hearing protection, holsters, belts and slings.

General hunting supplies, such as decoys, game calls, vests and fishing bait and tackle, are not tax-exempt in Mississippi this weekend. Neither are ATVs.

The Mississippi Department of Revenue has a detailed list of what is and isn't tax-free during the state's first Second Amendment Sales Tax Holiday.

And sorry, bird dog owners, animals used for hunting are not considered tax-free hunting supplies in either Mississippi or Louisiana.

Fighting state competition: It's no surprise that Mississippi enacted a gun sales tax holiday. Gun sellers in the state hated losing some sales to folks willing to cross the border to take advantage of tax-free firearms purchases this weekend in Louisiana.

But we all know how useless most state use taxes are useless.

Hunting seasons for some game are already open in Mississippi. Deer hunting in the Magnolia State legally starts in October.

The tax holiday also comes just two months before Mississippi voters will decide whether hunting and fishing should be guaranteed rights under the state's constitution.

I suspect I'm not alone in seeing this ballot question pass overwhelmingly.