Kansas' rapidly diminishing state treasury is about to get a boost from an unlikely and decidedly adult source.

The Sunflower State will be getting the money from the auction of thousands of adult novelty items, from lingerie to handcuffs to remote-controlled vibrating thongs. 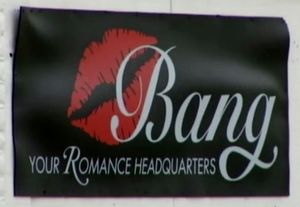 The items, which the Kansas City Star reports are all new and in their original packaging, were seized in July from a company that didn't pay $163,986 in state sales, income and withholding taxes.

The Kansas Department of Revenue confiscated the inventory from five adult stores owned by United Outlets, LLC in July. The company, which does business as Bang, has two retail operations in Topeka and one each in Wichita, Junction City, and Kansas City, Kansas.

The state actually returned the goods to United Outlets, which then contracted with an auctioneer. The proceeds, less auction company commission, then will go to pay the company's tax bills.

The sex toys will be available for inspection from 9 a.m. to 4 p.m. Monday, Sept. 29, at a warehouse in Kansas City's West Bottoms. (You can't make this stuff up!)

If you can't make it to the warehouse for an in-person look at the products, you can check out the lots at Equip-Bid.com. Online bidding runs through Sept. 30.

The auction website lists about 400 lots; an individual lot can contain dozens of items. An Equip-Bid spokesman said it's the largest auction the company has handled.

I'm not sure what some of those things are -- and not sure I want to know! -- but I must admit that sparkly lounge pants sound fun.

The tax-cut path to auction: So exactly how did one of the most politically and socially conservative states find itself embarrassingly connected to the adult entertainment industry?

Specifically, Kansas' troubles are related to the political impact on taxes.

When 2013 rolled in, the Kansas government was completely controlled by conservative Republicans for the first time ever. It didn't take long for Sunflower State lawmakers to take on the tax code.

Seeking to implement a policy that tax cutters said would spur economic growth and eventually increase revenue in the long run, the GOP slashed the two top income tax rates from 6.45 percent and 6.25 percent to 4.9 percent and 3.5 percent, respectively.

However, a supply-side economics reality check this past summer hasn't borne out the promises.

State and independent nonpartisan economic analysts estimate that Kansas received $803 million less in revenue in fiscal year 2013 than in 2012. That news came on the heels of the state's credit rating downgrade, a financial action exacerbated by Kansas' sluggish recovery, continued budget pressure, and resultant slashed government services caused by the tax cuts.

Meanwhile, the state is spending money it doesn't have to defend itself against a flurry of tax and budget-related lawsuits.

Recent polls show the governor's Democratic opponent Paul Davis leading by 4 points, raising doubts about Brownback's re-election chances. It's so bad, in fact, that more than 100 Republican officials have endorsed Davis over Brownback.

Auctions to pay delinquent tax bills aren't unusual, but as Kansas Revenue Department spokesperson Jeannine Koranda noted, "what is different is the titillation factor of what we're selling."

In the state's defense, it should do everything in its power to collect legally due taxes. But I suspect some lawmakers right now are wondering if it's worth all this attention for less than $200,000 in unpaid taxes.