It's Monday. That mean millions of workers have spent way too much time slogging through email that piled up over the weekend or, in some cases, while we were on vacation. 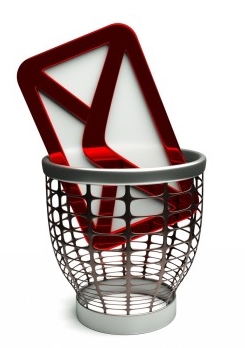 But it's missing, not received, emails that are once again getting special attention.

Late last week, the IRS reported to Congress that it is missing emails from five more employees connected to the agency's alleged targeting of conservative groups that applied for nonprofit tax status.

The loss of possibly relevant emails to and from Lerner, who resigned from the IRS in the wake of the various Capitol Hill investigations, has been a major focus of lawmakers. Lerner remains at the bull's-eye of GOP lawmakers' sights in the scandal and is facing contempt of Congress charges.

That target, however, might have just widened a bit.

In a report delivered to four House and Senate committees on Friday, Sept. 5, the IRS offered an overview of whether other employees also experienced computer crashes that deleted emails. Congress first learned of lost emails belonging or sent to Lerner in June.

Between September 2009 and February 2014, according to the IRS, five of the 82 IRS staffers involved in the Tea Party nonprofit controversy sustained computer crashes that also obliterated some email. Another 13 IRS employees suffered computer problems, but did not lose any emails.

So who are the other IRS staff members who lost exempt organization emails?

1. Julie Chen, Determinations Specialist, Exempt Organizations, Cincinnati, Ohio.
Chen's computer shut down on June 12, 2012, when she logged in. The machine's hard drive had to be replaced. There is no indication as to whether any data was recovered from the failed drive. Chen routinely saved documents to a network drive, but that was limited to 500 MB so she moved files from the network drive to her hard drive as the network drive approached size limits. Ms. Chen stated that everything she stored on the hard drive was lost as a result of the June 2012 hard drive failure.

2. Nancy Heagney, Determinations Specialist, Exempt Organizations, Cincinnati.
Heagney had a problem logging onto her laptop on Nov. 6, 2012, that was initially thought to be a software problem. It was eventually determined that it was a hardware issue and a request was submitted for replacement. Heagney received a new laptop about three weeks later. The personal folders she used to store email messages were lost in the 2012 hard drive failure. The IRS is retrieving the laptop Heagney previously used to determine whether it contains the failed hard drive. If so, the IRS says it will discuss with the Treasury Inspector General for Tax Administration how best to determine whether any additional relevant documents can be obtained from it.

3. Judy Kindell, Senior Technical Advisor to the Director of Exempt Organizations.
Kindell sustained more than one hard drive failure, but only one since Jan. 1, 2009. Her recollection was that her hard drive failed in approximately July 2010, and that emails were lost. Because of space limits on the email server, she and others in the unit periodically moved email to archives on their hard drives. Thus, when Kindell's hard drive failed, she lost email stored there. She was able to recover some documents from the network drive.

4. Justin Lowe, Tax Law Specialist, former Technical Advisor to the Tax Exempt & Government Entities Commissioner.
Lowe lost data, including emails, in a hard drive crash in June 2011. IRS technicians were unable to get the hard drive to work, and that ultimately the hard drive was replaced. The IT information on the crash does not say whether data was retrieved from the old drive and restored to the replacement.

5. Ron Shoemaker, Group Manager in Exempt Organizations Technical.
Shoemaker's computer crashed in March 2011. IT found the hard drive unrecoverable and replaced it with a new drive. Shoemaker had a limit on the amount of email that could be stored on the exchange server and so had a lot of his email archived, and subsequently lost, on his laptop.

In addition to the computer crash details, the IRS noted that the number of staffers losing emails was roughly in line with the 5 percent to 6 percent failure rate for new computer equipment.

The agency also reiterated that it had recovered roughly 14,000 emails for the five staffers, generally by cross-checking other officials' accounts. Around 24,000 of Lerner's missing emails were recovered through a similar process.

Rep. Darrell E. Issa (R-Calif.), however, is not impressed. The combative chairman of House Oversight and Government Reform took advantage of the new IRS revelations to repeat his call for a special prosecutor in the 501(c)(4) nonprofit application review case.

So now, as Capitol Hill staffers continue to sort through the missing and recovered emails and the explanations as to what happened, I'll go back to trying to clear out my own overflowing email box.