Both sides of Obamacare tax subsidy fight appeal earlier court rulings, one all the way to the Supreme Court

Within hours of each other on July 22, two federal appeals panels issued opposing rulings on who is eligible for federal tax subsidies to help pay for Affordable Care Act mandated insurance bought through an insurance exchange. 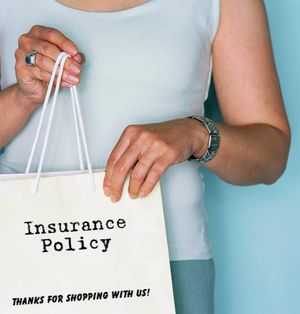 The D.C. panel said in 2-1 Halbig v. Burwell decision that the Internal Revenue Service could not offer individuals a tax subsidy on their health care coverage under Obamacare, as the health care law is popularly known, if they bought their coverage on a federal health exchange instead of a state-run program.

Shortly after that ruling, the Fourth Circuit appeals panel in Richmond, Virginia, unanimously held in King v. Burwell that the federal subsidy is allowable for all exchange purchasers, federal and state alike.

FYI, in both lawsuits, the Burwell who is being sued is Secretary of Health and Human Services Sylvia Matthews Burwell, who succeeded Kathleen Sebelius in that Obama Cabinet post. Sebelius was named as defendant when the suits were originally filed; when Burwell took over HHS, her name was substituted in the legal documents.

Now both decisions are being appealed.

Obama asks for full Obamacare ruling review: As expected, the Obama Administration has asked the full U.S. Court of Appeals in Washington, D.C., to reconsider the three-judge panel's divided ruling in Halbig.

The text, structure and purpose of the health care law make clear that tax credits are available to consumers "regardless of whether the exchange on which they purchased their health insurance coverage is a creature of the state or the federal bureaucracy," wrote government lawyers wrote in the filing for an en banc rehearing.

Many legal observers predict that a review by the full court, which includes more judges appointed by Democrats that Republicans, will overturn the 2-1 panel decision against the federal premium health care tax credit.

Obamacare opponents ask Supreme Court to step in: Meanwhile, the Competitive Enterprise Institute (CEI) has taken its case against the health care law and subsidy to the U.S. Supreme Court.

CEI, which is funding the King suit, wants the country's highest court to decide the case. The conservative group said it decided to go straight to the legal top so that the situation could be resolved sooner.

"From the time these cases were first filed, we've tried to get this issue resolved as quickly as possible for the plaintiffs and the millions of individuals like them," said CEI general counsel Sam Kazman in a statement. "A fast resolution is also vitally important to the states that chose not to set up exchanges, to the employers in those states who face either major compliance costs or huge penalties, and to employees who face possible layoffs or reductions in their work hours as a result of this illegal IRS rule. Our petition today to the Supreme Court represents the next step in that process."

Skeptics say the move is because the make-up of the Fourth Circuit, like that of the full D.C. appellate court, is more inclined to find for the White House in an en banc hearing. Why waste the time (and money) with a legal maneuver that's likely to go against you?

What's at stake? Many believe the Supreme Court will take up the King case. As Margot Sanger-Katz notes in the New York Times The Upshot column, the current disagreement between the D.C. and Fourth Circuit courts is a good example of the type of split that usually gets the Supreme Court's attention.

If that happens, then essentially the future of Obama's signature piece of legislation is on the legal line.

If the high court determines the tax subsidies can't be provided those who bought/buy on federal exchanges, that basically cripples the ACA mandate.

Most coverage is via a federally-supported insurance exchange because most states have opted not to offer the service to their residents.

And many folks can't afford insurance without the subsidy help. If they don't qualify for the tax credit, they likely will not get coverage, deciding that the potential tax penalty, at least in its early stage, is less costly.

There's also the issue of those who've already received the tax credits for federal exchange purchased policies? Will the justices say they must pay those amounts back?

The lawyers are going to have a field day.

IRS gets good ACA subsidy marks: While the politicians and courts wrangle over the IRS' involvement in Obamacare, the tax agency at least got some good news, noted last week at my other tax blog, about its ability to manage the health care tax break.

A Treasury Inspector General for Tax Administration (TIGTA) review found that back in October 2013 when the health care exchanges opened, the IRS was able to determine 99.97 percent of the time who was eligible for the ACA premium tax credit.

The IRS then got it 100 percent right in calculating those accurate credit amounts.

Will the agency get a chance to keep doing what it does well in connection with the ACA? We shall see.

Also last week over at Bankrate, I looked at why tax holidays are bad tax policy.

That wonky issue, however, didn't stopped the thousands of shoppers who hit the tax-free events in 13 states earlier this summer and here in Texas this weekend and Maryland all next week.

Neither will it stop shoppers looking for sales tax bargains in Connecticut and Massachusetts in a week or so. But it was something that needed to be said blogged, so I did.

I usually post my additional tax thoughts at Bankrate Taxes Blog every Tuesday and Thursday. If you miss them there, check here at the ol' blog the following weekend for highlights and links.