Is it time for territorial taxation of businesses and individuals?

The biggest complaint about the U.S. tax system is that it gives Uncle Sam too much of our money.

There are lots of contenders for the next biggest tax complaint. One, however, is getting special attention right now. 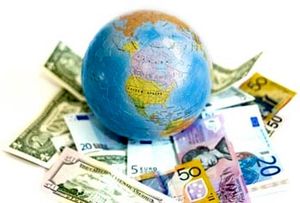 It's the dissatisfaction with the Internal Revenue Code's worldwide reach.

The ability of Uncle Sam to tax money earned all over the world has come under scrutiny thanks to the recent rash, Walgreens notwithstanding, of corporate tax inversions.

An inversion is an administrative process by which a U.S. company buys a foreign subsidiary and then on paper makes that overseas business the new corporate headquarters of the combined companies. That establishment of the company HQ abroad means the U.S. business then avoids higher U.S. corporate taxes.

Several bills have been introduced in Congress to stop or limit corporate inversions. They were dropped in the hopper mainly for political reasons. No action is likely by a divided House and Senate just a few months away from election day.

The Obama Administration, however, might take action. The president has criticized companies for gaming the tax system with their paper-only headquarter relocations. At Obama's direction, the Treasury Department is looking into steps it can take in this area.

Worldwide vs. territorial taxation: Some folks argue that there wouldn't be a need for such corporate tax tactics or Treasury and Congressional reactions if the United States operated under a territorial tax system instead of a worldwide one.

With worldwide taxation, a corporation headquartered in the United States must pay U.S. corporate income tax on all its income, regardless of whether it is earned within the country or overseas. A U.S.-based multinational corporation can defer its Internal Revenue Service tax bill until it repatriates its foreign earnings by bringing the income back to the country. Or it can avoid most of the IRS liability altogether via a tax inversion.

A territorial, also called source-based or residence-based, tax system taxes only the income earned within a country's borders.

In reality, no country has a strict worldwide or territorial tax system. But most members of the Organization for Economic Cooperation and Development (OECD) rely on territorial taxes.

Capitol Hill support for territorial: Rep. Dave Camp (R-Mich.) is among those who believe the United States should join the rest of the world when it comes to territorial taxes, particularly for companies.

Camp's territorial tendency is not new. He's been talking about the switch for years. Back in October 2011, the Ways and Means Committee chairman discussed his support for a corporate territorial tax system, noting that the United States is out of step with the rest of the tax world, with Bloomberg TV.

U.S. Rep. Dave Camp, a Michigan Republican and chairman of the House Ways and Means Committee, talks about his proposal to shield 95 percent of corporate profits earned offshore from taxation in the U.S. He speaks with Peter Cook on Bloomberg Television's "In the Loop" on Oct. 26, 2011. (Source: Bloomberg)

Fast forward two years. As part of Camp's comprehensive tax reform discussion draft released in late 2013, the House tax-writing committee chairman revived, in a revised form, his earlier proposal to move the U.S. tax system, at least on the corporate side, to a territorial system. If you want the condensed version, the Ways and Means Committee put out a one-pager, too.

A recent analysis by Reuters also might get more people looking at corporate tax reform when it comes to inversions. The news service found that when companies flee the U.S. tax system, their investors often pay a price.

Expatriation instead of inversions: There is no individual tax equivalent to corporate inversions. Even marrying someone from another country doesn't take an American taxpayer off the U.S. income tax hook.

The only way out of U.S. taxes is to expatriate. And a lot of folks are taking this route even though there's an immediate tax cost.

Five hundred seventy-six people were listed in the U.S. Treasury Department's latest required quarterly report of individuals who renounced their U.S. citizenship. Add those folks from the June list to earlier expatriates and the number of folks no longer claiming the United States as home in 2014 is 1,577. In 2013 there were a record-setting 2,999 published expatriates.

There's no way to know for sure how many of these people renounced their U.S. residency because of our tax system. But no doubt some did.

Territorial for all: A change to a territorial tax system might not keep those tax-motivated movers home, but one organization says it definitely would help American taxpayers who live or do business abroad.

Such a tax code change for individuals is the goal of American Citizens Abroad, Inc., or ACA.

The Washington, D.C.-based non-profit volunteer membership organization representing Americans abroad did not testify at the July 22 Senate Finance Committee hearing on the current U.S. system of international taxation. ACA did, however, submit written testimony on the matter.

ACA's basic argument is that U.S. international tax law also needs to consider individual taxpayers. In its written comments, ACA emphasized what it characterizes as the current tax system's devastating effects on U.S. individuals worldwide. The testimony says, in part:

"The United States is the only country in the world, other than Eritrea, to practice citizenship-based taxation. CBT is incompatible with the need for increasing mobility of individuals in the global economy as it discourages Americans to work overseas and severely penalizes those who do live and work overseas. CBT seriously reduces the competitiveness of Americans in the global economy and, in fact, creates conditions of major discrimination and prejudice against Americans abroad. Coupled with FBAR and FATCA reporting requirements, CBT is shutting off Americans abroad from jobs, from insurance policies, from current and investment bank accounts in the country of residence, from partnerships and investments with foreigners, from investments in mutual funds in the country of residence, from access to efficient savings through foreign pension funds, to name but the most obvious negative impacts of CBT on overseas residents."

The "long-arm reach" of the United States' worldwide taxation system also inhibits American entrepreneurs abroad, according to ACA. And, says the group, inherent incompatibilities between the U.S. tax rules and foreign tax systems lead to numerous instances of double taxation despite the application of foreign tax credits.

Any changes to the current U.S. tax code for businesses or individual taxpayers are not likely to happen soon. And shifting totally from a worldwide to a territorial system is major, meaning that if it ever happens it will take much longer.

But any tax change, like the proverbial journey of 1,000 miles, has to start with one step. Territorial taxation advocates hope that long local journey has at least now started.

I extremely love reading your blog posts; the diversity of script is smashing. This blog as usual was educational, I have had to bookmark your site and subscribe to your feed in feed. Your theme looks lovely. Thanks for sharing.