Well that was fun. Nineteen tax seminars in a little more than two and a half days.

I've parceled out a few Nationwide Tax Forum tidbits, both here at the ol' blog and over at Bankrate Taxes Blog, while I've been in Orlando this week. I promise to review my notes and provide some more substantial session posts in the coming days.

In the meantime, let me toss out a thought about what filing or not filing Internal Revenue Service tax returns says about a person.

During a session on immigration and taxes, the question was raised as to why someone who does not have legal status in the United States would want to pay income taxes.

The short answer is it's the law.

Of course, some may counter why would individuals who have broken laws to be in the United States worry about complying with its other statutes? That's a discussion/debate for another time.

But another reason why undocumented individuals might choose to file and pay taxes is that it could help bolster their efforts to stay in the United States.

Tax paying reflects well on a person: When a person is facing deportation, the Immigration and Naturalization Act (INA) provides for certain circumstances when ouster from the United States could be canceled. 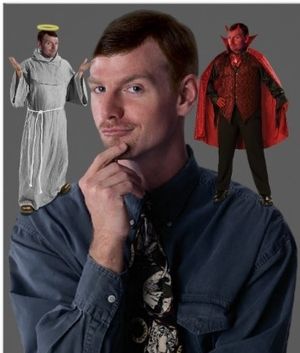 Among the conditions for such immigration relief is consideration of the person's character. Specifically, if bodes well if while the individual has been in the United States without legal status he or she has been and still is a good and moral person.

This character issue isn't just an assessment offered by immigration advocates. It is part of the INA, specifically §240A(b). It states that a nonpermanent resident may be granted lawful permanent resident status if, among other things, he or she can show they have been "a person of good moral character" throughout the time (at least 10 continuous years) they have lived in the country.

And as part of the character issue, nonpermanent residents are frequently asked to show proof of tax filings for their years in the United States.

That's not necessarily true. There are lots of reasons why many folks don't file returns or pay their taxes. Some of those reasons, such as just being flat-out financially unable to do so, are pretty solid.

But there is a school of thought that paying taxes means you're a good citizen.

That's implicit in all the "pay your fair share" arguments made when individuals (usually wealthier folks) and companies (usually large multinationals) find ways to lower or eliminate their Internal Revenue Code tax liabilities.

Perhaps the good moral character concept was what President Obama, a lawyer, had in mind during discussion of corporate tax inversions. He has called such legal maneuvers "gaming the system" and characterized the paying of U.S. income taxes as patriotic.

Are the prez and others right? Are diligent taxpayers more economically patriotic and moral than their loophole loving neighbors?

OK. I'm getting on a plane. All y'all have at tax patriotism and filing morality while I'm in the air heading home. I'll check in when I'm wheels down.

Tax tune time: Or, if you prefer, you can take a lighter route this Friday and see what tunes played between tax seminars on the third and final day of the Orlando Tax Forum. You also can check out the playlists for Tuesday and Wednesday in those days' posts.

Once again, the morning music was mainly unrecognizable smooth jazz. Apparently the Forum's (or hotel's) music director thinks that's a good way to ease folks into the sessions.

When the rock and pop tunes returned, here's what Shazam and I heard:

"What a Fool Believes," Michael McDonald

"The Rifle's Spiral," The Shins

"Got to be Real," Cheryl Lynn (one of just two songs I heard repeated, although I'm sure there were many more I missed moving between meeting rooms)

"Message in a Bottle," The Police (the other repeated play tune)

"Paperback Writer," The Beatles (no "Taxman" this year)

"In the Jailhouse Now," Johnny Cash

"Blinded by the Sun," Nick Nolan

"Hang Me Up to Dry," Cold War Kids

And the featured song for the final Tax Forum day is Pink Floyd's "Have a Cigar."

No, the song has nothing to do with federal tobacco excise taxes. Its "riding the gravy train" lyric, however, could be connected to the royalties upon which musicians pay taxes when they have an incredibly popular album like Pink Floyd's "The Dark Side of the Moon."

But the real reason I chose the Pink Floyd song is because whenever I hear or think of the band, I always visualize the group's "Animals" album with the giant pig balloon on the cover. I love that image.

It reminds me of flying pigs, which is what we'll see when we finally get a simpler, more intelligible tax code than the one under scrutiny at this week's Tax Forum.