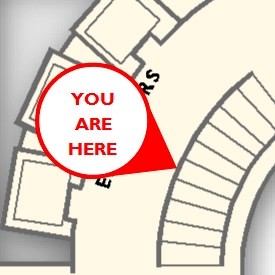 That geographic confusion reminiscent of Spinal Tap happened at day two of the Internal Revenue Service Nationwide Tax Forum in, you got it, the House of Mouse land.

Yep, all of us, including presenters, are finding ourselves a bit overloaded, occasionally flummoxed and feeling a bit dislocated.

Still, we're hanging in there and here. Here's an overview of my Wednesday at the final tax forum of 2014.

First thing we do, let's mute all the lawyers: Thank god for tax attorneys. Really. That's not a joke or sarcastic slam. These folks definitely come in handy when you have a complicated tax issue.

But please, dear God, save us from having them present topics. Or at least have law schools include courses in presentations.

In all the tax conferences I've attended over the many years, I always dread sessions led by lawyers. I know you legal eagles are trained to be precise. That's great and necessary when it comes to the law. But I beg you to figure out a way to get the message across in ways other than just reading the damn statute, code section or regs.

Such presentations are, at best, snooze fests. At worst, they are ill-advised showcases for frustrated stand-up comics. Nota bene that no degree or bar certification -- I'm talking legal bar, not the Cheers type -- can make tax regs funny. So don't try.

Obamacare continued, contentious: Speaking of health care, once again the seminars dealing with the tax components of the Affordable Care Act were packed.

And since it's Obamacare, there was some politicking. No, not by the presenters, but by attendees.

The first audience "question" for the Internal Revenue Service ACA office representative after the taxpayer shared responsibility session was, "You know this is going to be a disaster, don't you?" After repeating that a couple of times and not getting the acquiescence he wanted, the man relinquished the mic.

Based on the walk-through of the many steps and calculations necessary to comply with just this tax component of the health care law, it's true that the 2015 filing season won't be easy for taxpayers, tax preparers or the IRS.

But we've all dealt with new and complicated laws in previous years. It's a little too soon to already be writing off the coming season as a full-scale filing fiasco.

IRS videos: Don't freak out Rep. Darrell Issa (R-Calif.) and your House Committee on Oversight and Government Reform colleagues, but the IRS is showing videos during the tax forum.

I can assure, though, they were specific, boring professional and served a legitimate IRS purpose, educating tax preparers.

No Spocks or Gilligans here.

Weather report: We're still getting reports about rip tides on the upper Florida coast due to Hurricane Cristobal. It's still cold in the conference rooms.

Comedy tonight, er, today: OK, I take it back about not being able to make tax law and IRS regs humorous.

While some folks, with or without J.D. degrees, just can't pull off a funny tax presentation, some can. One of those witty ones is Frank Degen, an Enrolled Agent from Long Island, New York.

Degen's topic was "Is This Deductible? My Barber Seems to Think So!" It was a look at the many tax breaks that your barber or brother-in-law or the guy down the street or in today's modern world the Internet says you can claim.

Plus, he personalized his presentation, poking gentle tax fun at himself and his family back in the Empire State.

Of course, Degen also had an advantage that few other folks talking taxes get. He got to discuss the U.S. Tax Court ruling on Cynthia Hess' specific work-related expense. You, like everyone in the conference room, probably know her better as exotic dancer Chesty Love.

Tax tunes: There were more songs today, primarily because my schedule had a lot of sessions in the same room. That meant that unlike on Tuesday's first Tax Forum day, I got to sit and listen between presentations instead of running across the hotel for the next one.

I knew most of the songs, but did have to rely on Shazam for a few. Here's what my iPhone app and I heard.

"Two is Better Than One," Boys Like Girls, featuring Taylor Swift

"On and On," Stephen Bishop

"When the Levee Breaks," Led Zeppelin

"You Ain't Seen Nothing Yet," Bachman Turner Overdrive

"Message in a Bottle," The Police

"I Need a Dollar," Aloe Blacc

"I Ran," Flock of Seagulls

"I Fought the Law," The Clash

"You're Nobody Until Somebody Loves You," Dean Martin

"Got to Be Real," Cheryl Lynn

"Come and Get Your Love," Redbone

"Such Great Heights," The Postal Service

And the highlight song of the day, given how we're dealing with location confusion, the frustration with health care tax laws, and just because it fondly reminds me of my college days, definitely is the Bee Gees' "Stayin' Alive."