Your highway tax dollars are back at work, at least through May 2015. 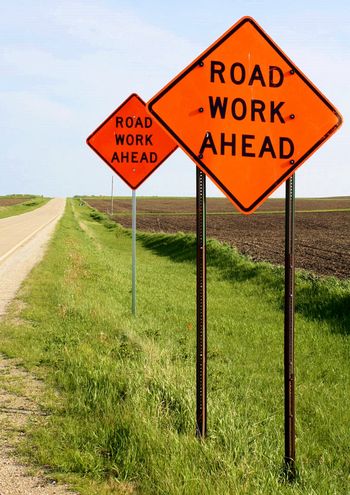 The Senate approved a stopgap $11 billion transportation bill last night after that chamber decided not to fight with the House on the eve of Congress' annual summer break.

The measure refills the Highway Trust Fund. That will keep around 6,000 state road and transit projects on track through next spring.

Fight over fund's amount, timing: Transportation officials have been warning that the trust fund would be bankrupt any day now, so action before the recess was crucial. Just how much money for how long was at issue.

Senate Democrats had wanted a shorter, and politically motivated, timetable for the transportation money.

Their goal was to have Congress vote on highway funding again in December. That would have meant that even if the GOP picks up enough seats in the November elections to take over the Senate, the 2014 vote for additional road work money would have been while Democrats were still in control.

Their colleagues on the other side of Capitol Hill balked. Earlier this week, the Republican majority in the House restored its language calling for a smaller dollar amount and shorter deadline and sent the bill back to the Senate.

Facing the choice of whether to accept the House terms or let states run out of road funds during the summer construction season, Senators opted to keep at least some highway money flowing for a brief while.

Avoiding the key tax issue: Critics of the temporary bill say that its 10-month life span isn't the only problem. It's full of fiscal gimmicks, they say, because lawmakers couldn't bring themselves to raise the fund's prime funding source, the federal gas tax.

Almost $10 billion of the money to refill the Highway Trust Fund comes from the general fund, with $1 billion transferred from the Leaking Underground Storage Tank Trust Fund. To offset the general fund transfer, the bill uses a pension smoothing provision that would raise $6.4 billion over 10 years and a one-year extension of customs user fees that would raise $3.5 billion over 10 years.

The gas tax, meanwhile, will stay at 18.4 cents, a level it's been stuck at for more than two decades.

Proponents of a gas tax hike say new tax money is necessary because transportation project costs regularly outpace the money being brought in by the 1993-level gas tax.

Down this road again next year: Lawmakers will fight over the gas tax and highway funds all over again as the 2015 summer driving season is set to start.

Just what the debate will be like then will depend, as usual, on the political make-up of the House and Senate.

You might want to put a reminder on next year's calendar to make summer vacation plans that don't involve driving, just in case the 2015 fuel fund fight doesn't go well.