July 1 not only marks the middle of the year. It's the start of a new fiscal year for most state governments and that means new laws typically take effect.

Here are some of the new tax statutes now on state books.

Indiana has changed how it calculates tax on gasoline. Instead of the previous fixed 19-cent-per-gallon sales tax, the tax rate will be modified month-to-month. Specifically, the Hoosier State's gas usage tax rate now will be 7 percent of the average price of gas the previous month.

That means, says the Indiana Department of Revenue, that the state's July gas tax will be a tad higher. It's now $0.229 per gallon, calculated off of an average per gallon price of $3.269. Given that gas prices tend to stay up during the summer driving season, Indiana drivers shouldn't expect lower tax rates for a few months.

The news is better for some drivers in Virginia. As of today, the Old Dominion no longer collects a $64 annual license tax on hybrid vehicles.

Idaho lawmakers renewed a film tax rebate created in 2008 that had never been used in the state due to a lack of funding. To take advantage of the credit, film producers must promise to spend at least $200,000 on production in the Gem State and 35 percent of the production crew must be Idahoans.

Several veterans' tax incentives took effect today in the Hawkeye State to encourage military veterans to return or move to Iowa. Among the components of the Home Base Iowa initiative is an exemption for military pensions, including benefits paid to surviving spouses, from state income tax.

States focus on business tax breaks: Stateline, a news service of the Pew Charitable Trusts, reports that today, for the first time in years, governors and legislators are cutting some taxes, taking advantage of an improved revenue outlook. Most of the cuts are for businesses, the thinking being that the incentives will encourage job growth in their jurisdictions.

In Idaho, software purchased via cloud will be sales-tax-free. And to lure businesses, Maryland is beefing up cybersecurity, biotechnology and research and development tax credits.

Stateline reports that on the individual tax side, nonprescription drugs in Connecticut are now free from sales taxes.

Florida purchasers of youth bicycle helmets, child restraint systems and booster seats won't have to pay the state sales tax on those items. 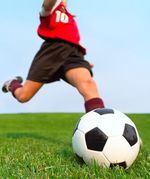 Avalara's TaxRates blog has even more exemptions, as well as a list of states with July 1 sales tax rate changes and other laws that impact sales taxes starting today.

Finally, Major League Soccer, which is hoping to beef up its domestic fan base thanks to the U.S. team's showing in World Cup competition, gets a tax break from Florida.