The Internal Revenue Service likes to get its money. It also really likes to receive it electronically.

The IRS is so committed to electronic transactions that has mandated more and more of them, especially for business taxpayers. One reason for required e-filing and electronic tax payments, says the IRS, it that the system helps reduce taxpayers' burdens.

Not so, says one small business in Colorado.

Allgreens LLC of Denver says the federal tax collector's insistence on electronic transactions is costing it millions of dollars in penalties that it can't avoid.

And it's asking the U.S. Tax Court to change that.

The problem? Allgreens is a medical marijuana dispensary in the Mile High City. 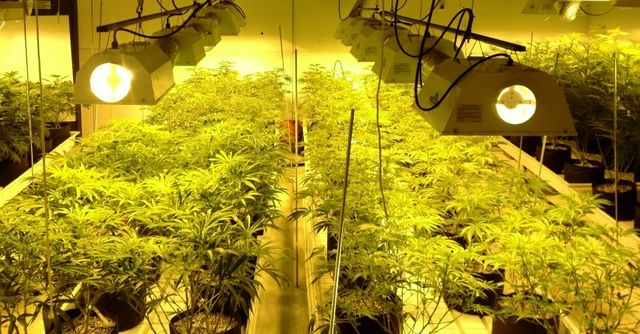 Unbanked pot sellers: Because Allgreens sells pot, it has had difficulty getting a bank to handle its account.

Financial institutions nationwide are hesitant to do business with the marijuana industry, even those firms operating legally under their state laws, because federal law still deems weed sales illegal.

So since 2012, when its bank closed Allgreens' account and ended the company's electronic tax payments, the medical marijuana seller has twice a month trekked to the IRS office in downtown Denver to pay its federal employee withholding taxes in cash.

But because the IRS penalizes companies that don't make electronic payroll tax deposits, for the last two years Allgreens also has been paying a 10 percent penalty on each cash deposit.

Unappealing alternatives: Allgreens tried to get a waiver for the cash payments. The IRS' response was a reiteration of its policies, as well as a suggestion of alternative payment options.

"It was not that the taxpayer 'did not want’ to make use of the [Electronic Federal Tax Payment System]," Allgreens' attorney Rachel Gillette wrote in the Tax Court petition. "Rather, the taxpayer is unable to secure a bank account due to the nature of its business."

With no bank account and no access to banking services, said Gillette, Allgreens is "simply incapable" of making electronic payments.

As for the other possibly payment options, which include funneling cash through a third-party intermediary that would make the tax payments for Allgreens, Gillette characterized them as tantamount to another federal crime, money-laundering.

"It's absurd," Gillette, who also is director of the Colorado office of the National Organization for the Reform of Marijuana Laws (NORML), told the Denver Post. "An alternative should not force a taxpayer to engage in a potentially unlawful activity under a federal statute."

The Tax Court hasn't set a date for a hearing on the Allgreens petition. But every other pot seller in Colorado -- and in Washington state, where legal sales or recreational weed began today -- will be watching this lawsuit closely.

Wow. And cash is supposedly legal tender. I guess they can't find a local bank or credit union.

There is probably a banker somewhere that would find away to make this work with a large security deposit. Also prepaid credit cards have bank accounts associated with them.