With the United States out of World Cup competition, American sports fans' collective attention has turned to another round ball. Or more specifically, to roundball star LeBron James. 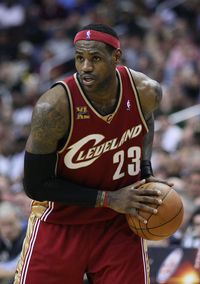 After a tough NBA championship series in which King James suffered not only heat exhaustion, but loss of the professional basketball title to the San Antonio Spurs, he's shopping his services around the league.

One of the more intriguing possibilities is a return by James to Cleveland, the hometown he jilted for Miami four years and two titles ago.

Are the Cleveland Cavaliers a real player in the latest LeBron sweepstakes? Apparently so, at least if you believe the cupcake shop rumors.

Will Cleveland fans welcome back the man who broke their hearts? Not all, but many will, especially if he can help bring a championship to the sports beleaguered city.

Will the city's NBA team with James back on the roster get more taxpayer support? Yes, if he can turn it into a winner and a possible new tax actually takes effect.

A winning percentage sin tax: In May, Cleveland voters approved a hike in sin taxes that would help maintain the facilities in which their NFL, NBA and MLB teams play. 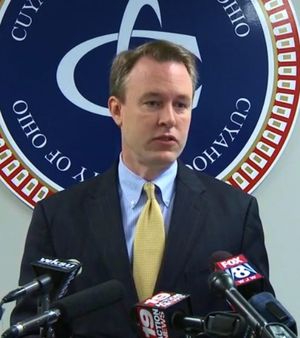 A month later, Cuyahoga County Executive Ed FitzGerald suggested that instead of doling out those taxpayer dollars evenly to the football Browns, baseball Indians and basketball Cavaliers, some of the tax money be distributed based on the teams' victories.

"[It] would take 20% of the sin tax revenue annually and distribute it among the three teams' respective venues based on performance each year. That 20% figure is estimated to be roughly $50 million over the 20-year span of the sin tax renewal, and over $2.5 million annually."

Just how much of this 20 percent would go to which team(s) would be determined by a "fan advisory commission," which would be appointed by the county executive and confirmed by the Cleveland city council.

The remaining 80 percent of the sin tax would be distributed evenly among the professional sports franchises, as originally approved by voters.

If James once again dons a Cavaliers' jersey, he likely will help the NBA team step up its game and, if enacted, its portion of the sin tax.

Is that enough to get the Cavs to make the deal King James wants?

Fans who aren't still nursing a grudge hope so.