Today is the one day that residents of drought-stricken Texas don't want rain. We want our July 4th fireworks!

Of course, we ostentatious celebration loving Texans still realize that one errant spark can ignite a whole swath of dehydrated vegetation.

That fiery possibility is probably why we don't object to paying the Lone Star State's tax on fireworks.

Limited sales, added tax: Texas fireworks retailers have been collecting a 2 percent fireworks tax in addition to the state and local sales taxes since 2001.

Specifically, the tax applies to "small fireworks in the U.S. Department of Transportation's 1.4G category that may legally be sold to the general public each year in Texas."

To avid Fourth of July patriotic partiers, that means you pay more for popular products such as firecrackers, bottle rockets, Roman candles and fountains.

It's not a huge amount of money, mainly because fireworks aren't sold year-round in the Lone Star State.

Texas allows us residents to buy fireworks just three times a year: to celebrate Cinco de Mayo (May 1 to May 5 in certain areas of the state), the New Year (Dec. 20 through Jan. 1) and U.S. Independence Day (June 24 through July 4).

The bulk of the seasonally-collected tax money comes in during the July 4 buying period.

I'm a bit surprised that Texas Independence Day didn't make the fireworks sales cut. I'd be curious to see how much more tax money might be collected if the March 2 date was added to the approved pyrotechnics calendar.

Fireworks' fees fighting fires: Just as it controls when fireworks can be sold to individuals, the state also directs how the fireworks tax is spent.

The money goes to the Rural Volunteer Fire Department Assistance Program, which is directed by the Texas Forest Service and helps volunteer fire departments across the state with equipment and training. 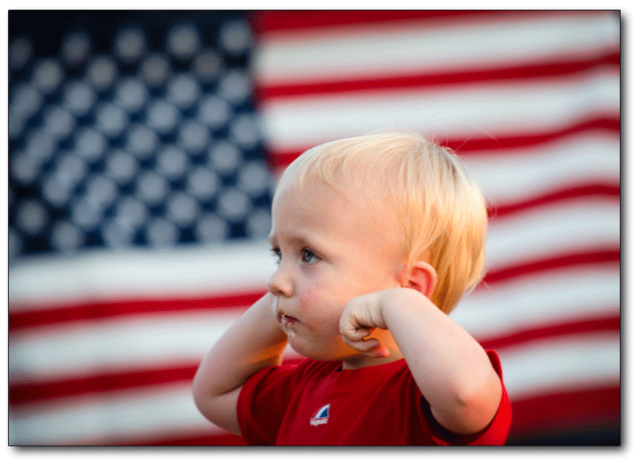 I know just how he feels! Great show, but can you turn down the volume a bit?

Tax departments in Indiana and Michigan also collect fireworks taxes. At least a portion of the special tax collected in those states also goes to fire-specific programs

The price of pyrotechnics: It's also not unusual that Texas, Indiana and Michigan collect fireworks taxes.

H&R Block researchers found that Southerners and Midwesterners spend $35 per person on fireworks each Fourth of July. That, says the franchise tax preparation giant, is double the average expenditure for folks in the Northeast and West.

And we all know that tax departments love to go where the collecting is easy.

The rest of H&R Block's fireworks facts are in the infographic below.

You can check with your state's tax department regarding fireworks and any associated fees or taxes.

Regardless of where you live and what added charges you pay for your fireworks, please display them safely. Uncle Sam hates it when his birthday party is upstaged by a phalanx of firetrucks or interrupted by a trip to the emergency room.

Tax-free flags: While three states collect special taxes on fireworks, as I noted last this week at my other tax blog, another July 4 staple is tax-free in many more jurisdictions.

In 10 of them -- Connecticut, Florida, Maryland, Massachusetts, New Jersey, New York, Pennsylvania, Rhode Island, West Virginia and Wisconsin -- there are no conditions on the tax-free sales.

In four others -- California, Tennessee, Vermont and Virginia -- purchase of the Stars and Stripes is tax-exempt only from specific sellers.

Although this week marks the United States' 238th birthday, I also went international at Bankrate Taxes Blog with a look at the IRS' new foreign account tax tools designed to prevent tax evasion.

The Foreign Account Tax Compliance Act, or FATCA, took effect July 1 as a way to encourage require international financial institutions to report on the U.S. citizens who hold accounts with them.

The IRS also has expanded its amnesty compliance program, the offshore voluntary disclosure program or OVDP, in an effort to get such account holders to come clean on their own.

I usually post my additional tax thoughts over at Bankrate on Tuesday and Thursday. Since this is a holiday week, that schedule was accelerated a bit this week.

But regardless of the days the posts appear over there, you can always check here at the ol' blog the following weekend (or long weekend) for a synopsis and links.

I now return you to your hot dogs, BBQ, beaches, picnics and parades. Happy July 4th!

These gestures of State and Local Governments are a nice signal. During the independence of our country this easy to understand gestures reinforces the meaning that the United States is a fair place.

The solidarity of a country is a thumbs gesture and has my approval.