Banks get OK from U.S. House to work with marijuana sellers

It's tough being a small business owner. It's especially tough when no financial institution will handle your accounts or provide you with loans.

That's the situation with which dealers in legal marijuana nationwide have been coping. But things may be about to change.

On July 16, the U.S. House passed a bipartisan amendment by a 231-to-192 vote that prevents the Treasury Department and the Securities and Exchange Commission from spending any funds to penalize financial institutions that provide services to marijuana businesses that are legal under state law. 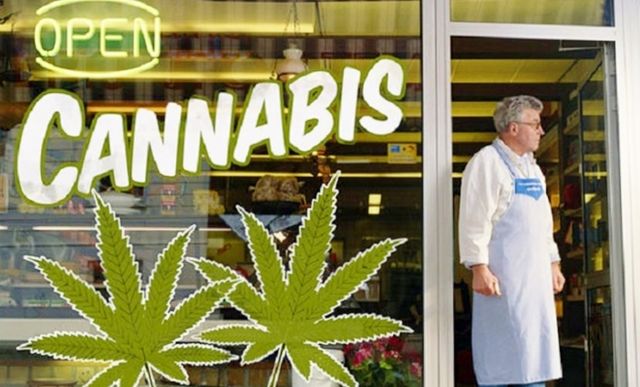 Marijuana sales are legal in 33 states and the District of Columbia for medical purposes and in Colorado and Washington for limited personal recreational use. But because pot is classified as a Schedule 1 drug at the federal level, most banks across the country have refused to accept marijuana businesses as customers.

"As it stands, possession or distribution of marijuana violates federal law, and banks that provide support for those activities face the risk of prosecution and assorted sanctions," said Frank Keating, the head of the American Bankers Association, of financial institutions' concerns.

The measure to allow such business financial transactions without fear of federal intervention was attached to the Financial Services and General Government Appropriations Act bill, which subsequently also made it through the House. It was sponsored by Reps. Denny Heck (D-Wash.), Ed Perlmutter (D-Colo.), Barbara Lee (D-Calif.) and Dana Rohrabacher (R-Calif.).

Text of the marijuana banking amendment:

"None of the funds made available in this Act may be used,
with respect to the States of Alabama, Alaska, Arizona, California, Colorado, Connecticut, Delaware, Florida, Hawaii, Illinois, Iowa, Kentucky, Maine, Maryland, Massachusetts, Michigan, Minnesota, Mississippi, Missouri, Montana, Nevada, New Hampshire, New Jersey, New Mexico, New York, Oregon, Rhode Island, South Carolina, Tennessee, Utah, Vermont, Washington, or Wisconsin or the
District of Columbia, to prohibit, penalize, or otherwise discourage
a financial institution from providing financial services to an entity
solely because the entity is a manufacturer, producer, or person
that participates in any business or organized activity that involves
handling marijuana or marijuana products and engages
in such activity pursuant to a law established
by a State or a unit of local government."

"Passage of this amendment is a positive step forward for financial institutions and for legitimate marijuana businesses," said Perlmutter in a statement following the votes. "Legal marijuana businesses are subject to greater risks and penalties because they do not have access to the banking system. We need to bridge the gap between state and federal law in order to reflect the reality of the situation in a growing number of states."

Taxes are just one of the many difficulties of dealing only in cash.

A Denver medical marijuana shop has filed a lawsuit in U.S. Tax Court seeking relief from more than $20,000 in penalties it has paid in connection with cash payroll tax deposits. The weed seller was unable to make the Internal Revenue Service mandated electronic tax transaction because no bank would handle its money.

In a letter to IRS Commissioner John Koskinen, Perlmutter and Sen. Michael Bennet (D-Colo.) ask the agency to waive its 10-percent penalty for marijuana businesses that pay taxes in cash at least temporarily "until there is greater clarity whether these businesses have sufficient access to the banking system."

If the Senate passes the fiscal 2015 financial services appropriation bill with the House marijuana banking access amendment, things soon could be much clearer for legal pot sellers and the IRS.