The summer started with a Congressional effort to make it easier for travelers to see just how much taxes add to airline ticket costs. 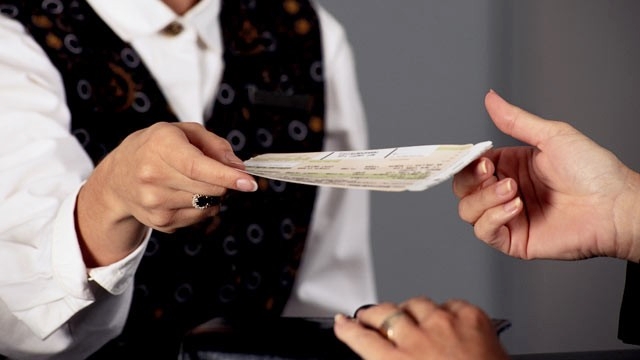 Now Congress is wrapping up the season -- at least as far as it's concerned since it takes the month of August off -- by giving in to the airlines.

H.R. 4156, known as the Airfare Transparency Act of 2014, would overturn the existing Department of Transportation full-fare advertising rule. This regulation has been in place since 2012 and requires airlines to quote ticket prices that include all taxes and fees.

While the change doesn't sound like a big slap to ticket buyers, opponents of the bill had argued that it would mean passengers would be surprised by bigger than expected bills when they got their final fare charges.

And the opening legislative language of H.R. 4156 does sort of make it sound like it champions putting one over on buyers. The bill states that "it is not an unfair or deceptive practice" for ticket advertisements to highlight the base fare as long as the applicable taxes and fees, along with the total cost of the fare, are "clearly and separately disclosed" in the ad.

Maybe it's me, but that section sends me flashing back to childhood when my brother I thought we could insulate ourselves from parental discipline by starting out with an explanation of why what we just did wasn't so bad.

I suspect consumers will be similarly unimpressed when the highlighted fare bargains they thought they were buying aren't so low after all.

No hearings, but hearing from airlines, consumers: Then there's the issue of hearings to, well, hear in a public forum from those for and against the bill.

The House Transportation and Infrastructure Committee which had jurisdiction over the bill never held a public forum to air both sides.

That's not to say that lawmakers didn't hear from folks.

Airlines and the unions that represent various flight personnel supported the bill. Their main argument was that advertising a ticket's total price, taxes and all, could discourage travelers from choosing to go by air and ultimately cost jobs in the airline industry.

Those who support the current full-fare requirement, which include most consumer groups, say that any change would return travelers to the days of misleading and confusing airfare ads.

Over quickly: In the end, which came after just 11 minutes of floor debate, the House passed the Airfare Transparency Act of 2014.

The bill did have both Democratic and Republican cosponsors, but there's no way to know for sure which Representatives voted for the bill.

It was passed by voice vote.