N.C. police discover that some crime does pay ... them!

Make no mistake about it. Law enforcement officers in North Carolina still keep an out for drug dealers and moonshiners.

But the cops in the Tar Heel State also are more than happy to accept some financial help from the wrong-doers.

It's not a new law; it's been on the N.C. books since 1990. Almost a quarter century later, it's still paying off for the good guys.

The excise tax is placed on controlled substances, including moonshine, marijuana and cocaine. It requires that anyone gaining possession of an illegal substance must, within 48 hours, pay a set amount for a drug tax stamp. The stamp then must be permanently affixed to the substance.

The Greensboro Police Department in May used $125,000 from the fund to pay for a lab to begin testing DNA samples collected at property crime scenes.

That crime-fighting figure qualifies for this week's By the Numbers honor.

It's not as silly as it sounds. If someone doesn't purchase the required tax stamp for their weed or whatever, it's an added charge to bring against them if or when they are arrested on drug charges. And this one is relatively easy for prosecutors to make stick.

Plus, as the Greensboro PD can attest, it pays off nicely. 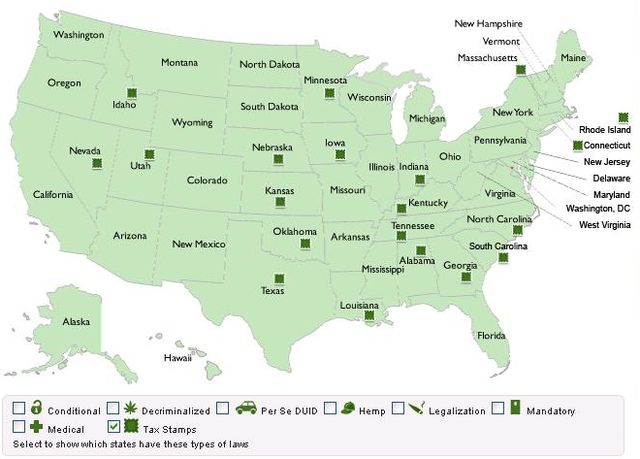