If you've watched any of Internal Revenue Service Commissioner John Koskinen's appearances on Capitol Hill, you know he's nothing if not determined.

He hasn't backed down under hostile Congressional questioning, so it's no surprise he's not letting a court ruling stand in the way of credentialing professional tax preparers. 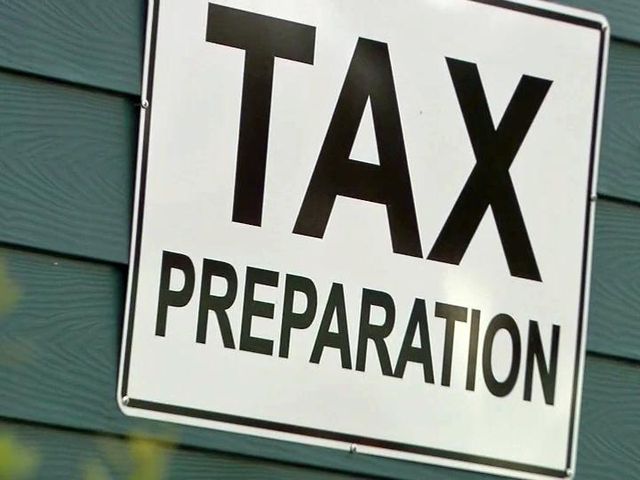 Sure, the U.S. Court of Appeals for the District of Columbia Circuit ruled in February (Loving et al vs. IRS) that the IRS can't force tax professionals to take continuing education courses and pass competency exams.

But the federal court didn't prohibit the IRS from offering its program on a voluntary basis. So that's what it's doing.

The IRS is implementing a voluntary Annual Filing Season Program.

"We intend to have this voluntary education program in place by the beginning of the 2015 filing season," Koskinen announced on June 26.

The voluntary program was one of the IRS' limited options after losing its tax preparer regulation appeal.

The agency believes that there is a desire for the program based on the number of tax preparers who participated in its Registered Tax Return Preparer (RTRP) program before the court invalidated it. More than 62,000 return preparers had passed an IRS-administered competency test and completed the requirements to become RTRPs.

Voluntary program guidelines: Here's how the IRS envisions it will work.

A preparer who wants to participate must register with the IRS and receive a valid Preparer Tax Identification Number, or PTIN.

Preparers who sign up for the program will take 18 hours of continuing education each year. The course work breakdown is 10 hours on federal tax law topics, two hours on ethics, and a six-hour tax filing season refresher course. The refresher course includes a comprehension test of 100 questions.

Once a preparer completes the courses and passes a test, he/she would receive a record of completion that would be good for the filing season.

Passing preparers also would have a limited right to represent clients before the IRS on issues pertaining to the returns they prepared for the taxpayers.

To keep qualification and practice rights current, tax preparers would have to take the courses and pass the test each year.

In its 2015 filing season debut, the tests would be administered throughout the country by individual continuing education providers. Koskinen said the IRS will evaluate the feasibility of administering a uniform voluntary examination, as it proposed under its invalidated mandatory program, in future years in order to ensure a basic return preparer standard of competency.

Tracking credential preparers: Koskinen said the IRS also developing a database of qualified tax return preparers that will be available on IRS.gov, by January 2015.

The online database will include tax preparers who participate in the IRS' voluntary education program, as well as tax professionals who also meet independent levels of qualification and practice rights. These include attorneys, Certified Public Accountants, Enrolled Agents, enrolled retirement plan agents and enrolled actuaries who are registered with the IRS.

Confidence in tax return preparers is crucial, said Koskinen, because the complexity of the tax code prompts the majority of U.S. taxpayers to use the help of a paid return preparer each filing season.

The voluntary credentialing program will help taxpayers be sure that the preparer they hire knows enough about taxes to help them with their federal income tax returns, Koskinen said.

Opposition from already prepared preparers: The Commissioner also tried to ease opposition to such a program, which is coming from not only independent, unregulated tax preparers, but also some professional tax groups.

CPAs and Enrolled Agents (EAs), as the commissioner noted, already meet their own, more stringent qualification standards and continuing education requirements. But both the American Institute of CPAs and the National Association of Enrolled Agents have expressed to the IRS their concern with its new voluntary credentialing program.

In a letter to Koskinen, AICPA called the plan unlawful since no statute authorizes the proposed program. AICPA also is concerned that the program will be viewed as an end-run around the legal finding in Loving.

Most disturbing, according to the AICPA letter, the IRS proposal "is arbitrary and capricious because it fails to address the problems presented by unethical tax return preparers who defraud their clients, runs counter to evidence presented to the IRS, and will create market confusion."

The NAEA has similar concerns. In a separate letter to the commissioner, the NAEA said its members "are troubled by the proposal, which we believe raises significant policy questions as well as significant administrative issues."

The Enrolled Agents' group believes the IRS misdiagnosed the tax preparer problem and is attempting a solution that doesn't solve either the problem it should be solving or the problem it purports to solve. Among the questions it has about the program are:

Long-time tax preparer Robert D Flach, aka the blogosphere's Wandering Tax Pro, called the new voluntary plan "one of the stupidest things I have ever come across." One of Flach's big concerns is that the program does not provide those who meet the testing and (continuing professional education (CPE) requirements with an identifiable designation.

Joe Kristan, a CPA with Roth & Company and blogger at Tax Update Blog, is unimpressed at the IRS statement that "it doesn't need no stinking law."

Kristan, who was among those who filed a friend of the court brief in support of the Loving challenge, sees the proposal as merely a commissioner's "friends' list," which he sees as a way for the IRS to "make life unpleasant for the non-friends, encouraging them to submit to 'voluntary' CPE, testing, and ultimately, IRS control."

Temporary to statutorily permanent goal: Many expect this voluntary tax preparer certification program to also be challenged in court.

Koskinen, who emphasized that the 2015 program is temporary, is hoping that any legal action will be forestalled by Congressional action.

"I say 'temporary' because we have been urging Congress to enact a proposal in the President’s Fiscal Year 2015 Budget that would give us the authority for mandatory oversight of return preparers," said Koskinen.

Some members of Congress support IRS oversight of tax preparers and legislation to allow that has been introduced in prior sessions.

The commissioner also acknowledged that the voluntary program is not the ideal solution.

"But until legislation is enacted, we still have a responsibility to taxpayers and to our tax system to keep moving forward with our efforts to improve service to taxpayers," he said.

Check out your tax preparer: Regardless of any formal, informal, voluntary or mandatory education and testing, it remains up to taxpayers to check out their tax professionals.