Sports bars across the United States are already filling up, with bandwagons dropping off all the newly minted soccer -- known as fútbol to the rest of the world -- fans.

Both new and long-time watchers of the beautiful game have high hopes that the U.S. men's soccer team will come up big against Portugal. That's asking a lot, since the Portuguese team's star Cristiano Ronaldo, recently named world player of the year, is formidable even though he's recovering from an injury.

Among those who will be cheering the U.S. effort, though not likely at a bar, is Internal Revenue Service Commissioner John Koskinen.

That's not a surprise. Even top tax wonks have real lives. And Koskinen's interests outside the IRS include soccer.

Before taking over the troubled tax agency, one of Koskinen's previous posts was president from 2004 to 2008 of the U.S. Soccer Foundation. 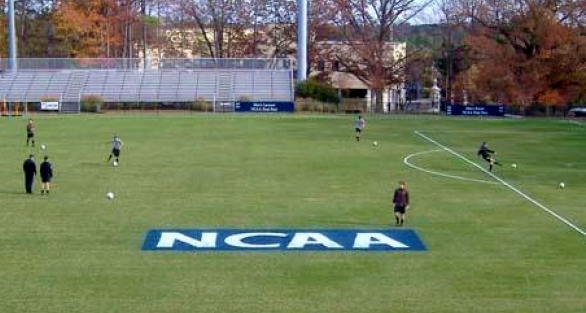 And Koskinen Stadium at Duke University, where the school's soccer and lacrosse games are played, was dedicated in 1999 in honor of his (and his wife Patricia's) support of the school and the sport. In 1961, Koskinen received his undergraduate degree from Duke in physics, a field that's not as tough as taxes if we're to believe the commish's fellow physicist Albert Einstein.

During a break in Friday's House Ways and Means hearing on lost emails related to IRS reviews of 501(c)(4) tax-exempt status applications, Koskinen was asked for his World Cup predictions.

"The U.S. could come away with a surprise against Portugal," said Koskinen, obviously thrilled to be talking about a non-IRS topic. "[U.S. coach Jürgen] Klinsmann has done a wonderful job. I think a tie is imminently possible, and possibly even a win."

We'll see in a few hours is Koskinen's assessment of Team USA is accurate.

But I'm getting ahead of myself. As the sports cliché says, one game at a time.