The Internal Revenue Service can take a little solace in the fact that it's not the only tax system having problems. 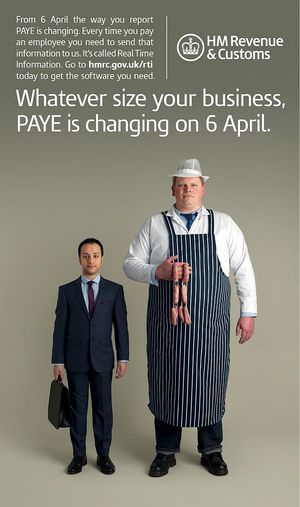 HM Revenue and Customs, the United Kingdom's version of the IRS, implemented an expensive new system last year that was meant to improve the tax system's accuracy.

More than five million workers paid the wrong amount of tax collected through Pay As You Earn, or PAYE, similar to the United States' payroll withholding.

Around two million British taxpayers paid too much, according to The Telegraph. They'll be able to claim their overpayments from HMRC.

But the remainder with wrong PAYE amounts aren't so lucky, reports the newspaper. The U.K. tax man says it needs to collect underpayments from around 3.5 million workers.

The owing employees can repay their too-low tax bills through PAYE next year.

Tax officials estimate that the average error is around £300; that's $408 in U.S. dollars.

Expensive new program problems: In addition to the financial issues, the incorrect PAYE amounts have left HMRC with a bit of a public relations problem.

U.K. Treasury officials last year told Parliament that its £270 million (around $368 million U.S.) Real Time Information, or RTI, program upgrade would "bring PAYE into the 21st century" and make it more accurate for both employers and HMRC.

Maybe that will happen with version 2.0.

So far, though, HMRC's estimated 5.5 million errors for 2013-14 are higher than the 5.2 million it encountered the previous year.

A spokesman told the newspaper that RTI's effects had not been reflected yet and predicted that the system would eventually lead to a reduction in the number of needed corrections.

But, added HMRC, some adjustments would always be a feature of the tax system.

Apparently, some things are the same regardless of which side of the pond taxes are collected.