Highest property tax bill in the U.S. comes to $1.275 million

All my neighbors here in Austin are complaining about the jump in their property tax bills. I'm right there with them.

True, Texas' limit on how much appraised value can increase each year. But when the housing market is hot, and it's smoking here, then there's not much a homeowner can do. Appeals are going to be hampered by similar or even higher comparables.

That's not just me kvetching. It's the word from a local real estate attorney.

We can grit our teeth and write the big check to the county tax collector. If you pay your property taxes as part of your monthly mortgage payments, be sure to budget for the increase.

Or we can take advantage of the increased price folks apparently are willing to pay for our homes and sell. Of course, even if we head to lower-taxed locales, there are still plenty of other issues surrounding moving.

Or we can be glad we don't live at 360 Mountain Home Road in Woodside, California. That mansion, pictured below, has the biggest tax bill in the United States, according to data published by the San Francisco edition of Curbed. 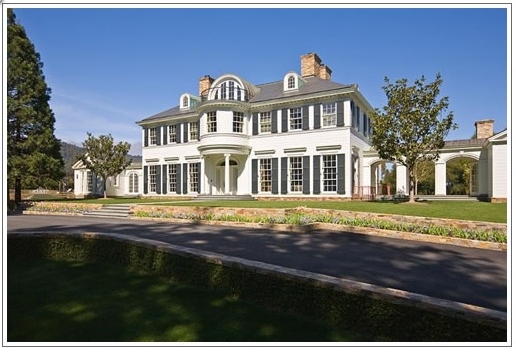 The home above sits on a nine-acre Silicon Valley estate. When Masayoshi Son, Japan's second-richest man, purchased it in late 2012, it was one of the most expensive properties ever sold in the United States. (Photo courtesy Curbed SF)

While technically owner Masayoshi Son, the chief executive officer of SoftBank, probably won't have a problem covering that bill, I suspect even he did a bit of a double take at the amount.

Coming is second on the highest property tax list is another Golden State mansion, this one down the coast in Los Angeles.

Petra Ecclestone received a tax bill of just more than $1 million on her 50,000-square-foot home on South Mapleton Drive, according to the latest figures from LandShark.com. 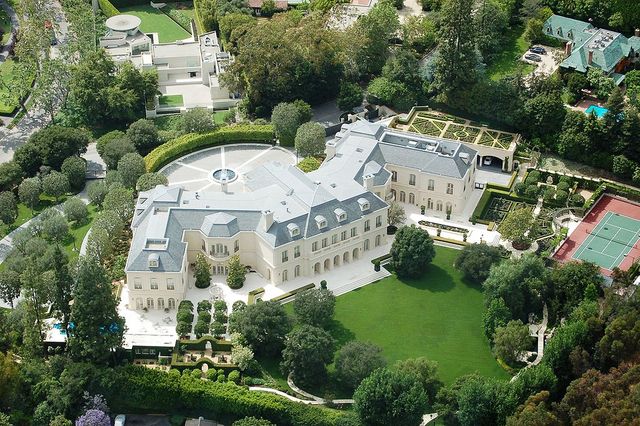 Petra Ecclestone's home pictured above, previously known as The Manor or the Spelling Manor since it was built in 1988 for television producer Aaron Spelling, is in the tony Holmby Hills neighborhood of Los Angeles, California. (Photo courtesy Wikimedia)

If the 25-year-old fashion designer can't come up with the tax cash, she presumably can get a loan from dear old daddy, Formula 1 billionaire Bernie Ecclestone.

While those two properties and their neighbors on the Left Coast can boast bemoan their exorbitant real estate taxes, overall the highest property taxes are on the East Coast.

Seven of the top ten counties with the highest median real estate taxes are in New Jersey, according to the Tax Foundation. The median property tax on the Garden State's median home value of $348,300 is $6,579.

Connecticut has the second-highest median property taxes in the U.S. after New Jersey.

And folks in Westchester County, an affluent suburban swath of New York that includes the communities of Rye and Armonk, pay a median $8,404 per year in property taxes.

Of course, few of us are crying any rivers over the huge tax bills of the very wealthy. If the hubby and I could afford to buy a nice estate (come on lottery ticket!), we'd still gripe about our tax bill but we wouldn't buy another smaller property just because of taxes.

Property taxes worldwide: Or maybe we'd buy a place overseas. I think my minimal Spanish can help me learn a little bit of Italian.

That, however, wouldn't necessarily save us on real estate taxes.

High property taxes are a worldwide problem, as I noted last week at my other tax blog. In particular, surging home prices and real estate taxes are causing a stir in Great Britain.

I stayed international last week at Bankrate, also looking at how most big companies use tax havens to lower their U.S. tax bills.

I usually post my additional tax thoughts at Bankrate Taxes Blog on Tuesday and Thursday. You can always check here at the ol' blog the following weekend for a synopsis and links if you miss the original posts.