John Koskinen's first six months as commissioner of the Internal Revenue Service have not been fun. But he knew that going into the job. 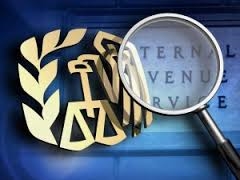 He took over Dec. 20, 2013, in the midst of the IRS' latest scandal. The tax agency seems to be enmeshed in some mess, usually political, every decade or so.

This time, the issue is whether there was a political motivation for the IRS' inappropriate focus on certain groups applying for a special tax-exempt status.

The Republicans say the use of screening criteria that included the names of conservative and Tea Party groups is just part of the evidence indicating possible White House involvement during an election year.

The Democrats say the GOP is fabricating possible connections for purely political reasons, to rile up their voting base as the mid-term elections near.

Such is the state of today's taxes and politics. But it hasn't always been like this.

A former insider's assessment of the IRS: Lawrence B. Gibbs was one of two Texans who have served as IRS commissioner. And he just happened to head the tax agency for part of the time I was in Washington, D.C.

Regular readers of the ol' blog know that I often wax nostalgic about how the nation's capital used to be more politically congenial. My fellow Lone Star Stater backs me up on that assessment.

Gibbs, now a member at Miller & Chevalier, recently talked at length with Christopher Bergin, president and publisher of Tax Analysts, about his time as commissioner, the current state of the IRS, and what the future holds for the agency.

"Certainly there were ideological differences … but in the final analysis when problems arose, they found ways to come together on a bipartisan basis and get things done," Gibbs said.

Gibbs knows of what he speaks. It was at the beginning of his term that the Tax Reform Act of 1986, the last major tax reform measure, was accomplished thanks to both sides of the aisle working together, giving and taking to remake the tax code.

Since, then, the Internal Revenue Code has once again become bogged down. That means that people need more help in complying with the tax laws.

Taxpayer compliance problems: Gibbs offers his thoughts on the difficulties taxpayers now face in attempting to meet their tax responsibilities and their perceptions of the system's fairness or lack thereof.

A lack of confidence in the IRS exacerbates this problem, said Gibbs. When people lose confidence in the efficiency and effectiveness of the IRS, more of them tend to ignore their voluntary compliance responsibilities.

That poses added problems for the IRS, said Gibbs, which he notes is facing budget cuts and a dwindling workforce that also create operational problems at the agency.

Plus, said Gibbs, the IRS is being used by politicians to administer the programs that Capitol Hill enacts. The agency has shown that it's sufficiently efficient to do these jobs, so it now is involved in not only collection, but also spending and government assistance programs, such as the Earned Income Tax Credit and the Affordable Care Act.

"The resources haven't been provided to administer these programs. And as a result, the IRS is having more and more to do with fewer and fewer resources," said Gibbs. "Their resources have actually been cut for three years straight now."

At a time when the IRS is being asked to do more, Koskinen is being given less and less money and being told he's not going to get any more, said Gibbs. "The help is not there for the new commissioner from Congress today," he said.

Sounds like Gibbs could be a ghostwriter for Koskinen!

There is little prospect, however, that the IRS will get added money any time soon.

Part of the reason is because lawmakers are reacting to the exhortations of their constituents. But should they?

Spending and taxing: The former IRS commissioner also is concerned that the United States is spending more money than it earns.

Overspending necessitates an efficient and effective tax system, said Gibbs. Failure to implement such a system could lead to serious consequences for the country.

"I would hope that the American public could basically come together to empower our politicians to deal with our levels of spending, levels of taxation, and work this problem out so that we don't leave it for our children and grandchildren," said Gibbs.

Note to Congress and taxpayers: Gibbs said spending AND taxation must be considered.

Be careful what you wish for: As for the problems that the agency and its new commissioner now face, interviewer Bergin offered his own warning for those experiencing schadenfreude.

"I think the IRS as an agency is in trouble," said Bergin. "I think some people are celebrating that because they don't understand how important the IRS is to the country, and if we keep going down this road, I think we could lose our fiscal system."