The 14th of June this year wraps up National Flag Week, which per presidential proclamation began on June 8.

Flag Day was born on June 14, 1777, when the Continental Congress adopted the stars and stripes design for the U.S. flag. The first national observance of Flag Day, however, didn't occur until June 14, 1877, the centennial of the adoption of our Star-Spangled Banner.

President Woodrow Wilson in 1916 and President Calvin Coolidge in 1927 issued proclamations asking for June 14 to be observed as National Flag Day.

W. Edwardes Baxter sent First Lady Lou Henry Hoover a copy of the sheet music to his composition "America and the Flag - The Dauntless Freedom Flag" on Flag Day 1929. 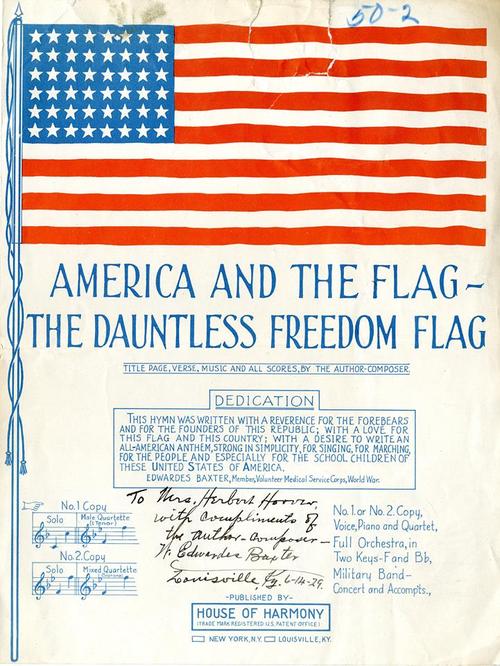 The national observance, however, wasn't approved by Congress until 1949. President Harry Truman signed it into law.

Now Flag Day is a regular day or patriotic celebration across the United States. It's more personal for many Americans, including members of the military and their families.

This year, the Federal-Postal Coalition focused on Flag Day to urge the Office of Personnel Management to issue final regulations for providing flags to the survivors of civil servants who lost their lives on the job.

And for my family, it also was my late younger brother's birthday. Still missing you, little Bro.

My brother had a great sense of humor and loved Robin Williams. I'm not sure he ever saw the kinetic comic's portrayal of the Stars and Stripes, but I think he would have enjoyed it.

As Williams notes, the flag is a symbol, our symbol, of who we Americans are.

There's lots of talk, debate, contention and hand wringing over just who we are right now. It's a challenging question, one with lots of answers.

Sometimes we don't deserve to be recognized. But other times, thank goodness, we're a pretty good group.

So if you do have a U.S. flag, fly it today in honor of what we are and can be as Americans. And remember those things all the other 364 days, too.