Rich, poor, middle class: Where are you on the income scale?

My personal measurement of wealth usually depends on how close (or far) it is to payday. 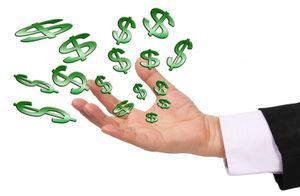 Not that the hubby and I live hand to mouth. We're doing pretty well, both in meeting day-to-day expenses and in saving for unexpected costs and our retirement.

We basically consider ourselves securely part of the U.S. middle class. Or we did until recent stories informed us that the middle class no longer exists in America.

Instead, we've become a more economically polarized country. And the great middle class goal, popularly known and the American Dream, is rapidly vanishing.

It's been derailed, writes Nicholas Kristof in the New York Times, "partly because of growing inequality."

Kristof cites data from the Organization for Economic Cooperation and Development (OECD), as well as a recent report in his own newspaper, detailing the decline of middle class American hopes and, yes, dreams.

We spend more time at our jobs than workers in other countries. Canadians and Europeans live longer, on average, than we Americans. And U.S. young people are dead last among rich countries in numeracy and technological proficiency.

Extreme concentration of wealth: Much of the problem, according to Kristof and those he cites in his article, is U.S. income inequality.

He points to a recent speech by Joseph Stiglitz in which the Nobel-winning economist noted, "America has become the advanced country not only with the highest level of inequality, but one of those with the least equality of opportunity."

In its Focus on Top Incomes and Taxation in OECD Countries for May 2014, the global economic group found:

"The share of the richest 1% in total pre-tax income have increased in most OECD countries in the past three decades, particularly in some English-speaking countries but also in some Nordic (from low levels) and Southern European countries. Today, they range between 7% in Denmark and the Netherlands up to almost 20% in the United States.

This increase is the result of the top 1% capturing a disproportionate share of overall income growth over the past three decades: up to 37% in Canada and even 47% in the United States. This explains why the majority of the population cannot reconcile the aggregate income growth figures with the performance of their incomes.

At the same time, tax reforms in almost all OECD countries reduced top personal income tax rates as well as rates of other taxes affecting the highest income earners."

But the finding that income growth of the wealthiest 1 percent of Americans has increased dramatically over the last 30 years -- by 47 percent -- is striking. That earns it this week's By the Numbers honors.

Some wealthy agree: CNBC's first-ever Millionaire Survey conducted in March found that 51 percent of American millionaires believe inequality is a "major problem" for the United States.

And, as I noted last week at my other tax blog, nearly two-thirds of that group support higher taxes on the wealthy, i.e., themselves (Really!), as well as a higher minimum wage as ways to narrow the wealth gap.

The other end of the income spectrum also got some attention last week at Bankrate Taxes Blog, where I examined the free tax-filing options still available to
lower-income taxpayers through the Oct. 15 extended filing deadline.

I typically post my additional tax thoughts at Bankrate.com each Tuesday and Thursday. If you miss them when they are posted there, you can find a synopsis and links here on the ol' blog the following weekend.

Image courtesy of Pong via FreeDigitalPhotos.net