Federal workers, including members of Congress and Treasury employees, owe Uncle Sam $3.3 billion in back taxes 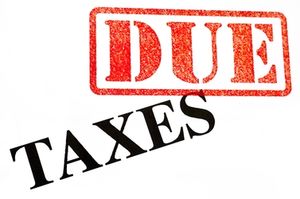 Federal employees in every type of job, from Uncle Sam's money movers in Treasury to members of the military to postal workers to Capitol Hill employees, owe back taxes.

The total tally? A combined $3.3 billion in delinquent taxes, which is the latest By the Numbers figure.

Much attention is naturally paid to the folks in Treasury who owe, since much of that department's workers are part of the tax-collecting Internal Revenue Service.

Plus, the IRS has already come under fire this year for paying $1 million in bonuses to employees who were behind on their taxes.

Conscientious Treasury taxpayers: Overall, though, Treasury has the best compliance rate of major federal departments. As of the Sept. 30, 2013, which ended the 2013 fiscal year, only 1.2 percent of Treasury workers owed back taxes.

The 1,305 workers who were delinquent on their taxes owed their employer almost $10 million.

The higher tax compliance rate by Treasury workers is not that surprising. It is the only agency where workers can be fired for willfully refusing to pay their taxes federal taxes.

Worst federal worker tax offenders: The Federal Employee/Retiree Delinquency Initiative (FERDI) report, released by the IRS following a Freedom of Information request, showed that employees of the Department of Housing and Urban Development had the highest tax delinquency rate.

The 5.29 percent of tax-owing HUD workers accounted for $6 million in unpaid taxes.

Veterans Affairs workers, however, took the dubious top spot when it came to the amount of overdue taxes.

Congressional taxpayers worse: Now about those members of Congress castigating the IRS for its employees with delinquent taxes…. Perhaps they should take some time to consider the saying about stone throwers living in glass houses.

The 2013 FERDI data shows that Treasury/IRS workers are much more diligent about paying their taxes than lawmakers and their staff in both the House and Senate.

Almost 5 percent of all House employees, including Representatives, have unpaid tax bills. That legislative chamber's 4.87 percent delinquency rate that's slightly four times higher than that of the Treasury Department.

On the other side of Capitol Hill, Senators and their staff have a 3.2 percent delinquency rate, with 228 of 7,030 employees in that chamber owing $2.7 million in taxes.

Legal eagles don't do much better.

Since the country sank into recession and has struggled to recover, the IRS has been more flexible in offering tax payment options for folks in financial trouble.

These measures are in addition to the agency's general payment options, which include installment payment plans and offers in compromise.

So if you owe, do something about it as soon as possible. It will stop or at least slow the accumulating penalties and interest and get you started on getting right with the IRS.

why can't we have a list of the names of the congressmen and senstors who owe taxes?

Who are the people and why haven't their wages been attached. Like the government would due to the middle American public????

It looks like the Office of Government Ethics was too small to make your list above, but I think their 7.69% delinquency rate has to rate among the most ironic.