Home prices, construction outlook up. So are property tax bills

Two housing related surveys were released today. I didn't need to read them to know what they said. I had already received the news via my annual property tax appraisal notice.

Based on the information from the Travis Country Central Appraisal District, I knew that homes were selling, again, and at higher prices in my neighborhood. 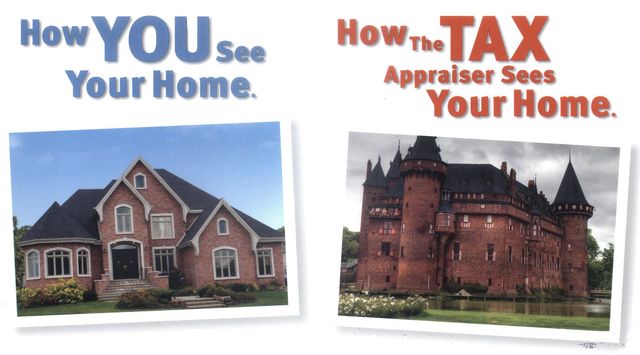 I'm not alone at seeing an increase in my real estate's value and corresponding tax bill.

The Travis Appraisal District says Austin is the only city in the nation with a double digit job growth rate for the past five years. That means new residents are moving here and buying homes and current residents are getting better jobs and buying bigger houses.

And that means higher property tax bills for us existing residential property owners. Just how much higher shocked even county tax officials.

"How strong our market is was a surprise to us," Chief Appraiser Marya Crigler told Austin's Fox7 news. "We didn't expect it was going to be quite as strong as it has been and to be honest with you, even looking at the sales that we see in the first part of 2014 it continues to appreciate."

That increase was underscored by information released today by data analytics firm CoreLogic in its Home Price Index for March. It shows that home prices nationwide, including distressed sales, increased 11.1 percent in March 2014 compared to March 2013.

That represents 25 months of consecutive year-over-year increases in home prices nationally, according to CoreLogic data.

State-by-state increases for the most part: At the state level, including distressed sales, only Arkansas had lower home prices in March 2014 and that was only by 0.3 percent.

Colorado, the District of Columbia, North Dakota, South Dakota, Texas and Wyoming all surpassed their previous home price peaks, according to the March 2014 report. In all, says CoreLogic, 23 states and Washington, D.C. are at or within 10 percent of their peak home price appreciation.

In my old stomping grounds, home values in the Washington metro in March were up 7.4 percent from a year ago. The year-over-year gain statewide in Maryland was 6.3 percent and 5.5 percent in Virginia.

New home construction up, too: The National Association of Home Builders (NAHB)/First American Leading Markets Index (LMI) also was released today. Of the 351 metro markets measured by the LMI, 300 have seen year-over-year economic gains; 59 metro areas have fully returned to or even exceeded their last normal levels of economic and housing activity. "The year started a bit slower than anyone could have anticipated, but we still expect housing to play a greater role in aiding the overall economic recovery this year," said NAHB Chief Economist David Crowe. "The job market continues to mend and that should spur a steady release of pent up demand among home buyers."

Baton Rouge, Louisiana, maintained its LMI top position of major metros with a score of 1.41 or 41 percent better than its last normal market level.

On our suburban Austin block alone this year, homes have been built on two lots that were vacant when we moved in almost nine years ago.

Smaller metros that are experiencing an energy boom, such as those in my Permian Basin hometown area, continue to lead the recovery, according to the LMI.

Odessa and Midland, the "big cities" 45 miles and 70 miles respectively east of my Kermit, Texas, roots, boast LMI scores of 2.0 or better. Markets in those West Texas towns are now at double their strength prior to the recession.

"Our builder members tell us they are starting to see more optimism in the field," said NAHB Chairman Kevin Kelly, a home builder and developer from Wilmington, Delaware. "Mortgage rates are low, home prices are affordable and with the harsh winter behind us our latest surveys show builders are feeling more bullish about future sales conditions."

Bad news for some potential buyers: Affordable home prices? Based on my house's appraisal and the CoreLogic price appreciation data, the NAHB might be a tad too optimistic.

Sure, some folks are buying. But in addition to stressing out current homeowners opening up their property tax bills, the increasing value of homes does not bode well for potential buyers in the middle to lower end of the money scale.

And that could negatively affect the whole housing sector.

"Home prices continue to rise across the nation, but affordability, tight credit and supply concerns are becoming an increasing drag on purchase market activity," said Anand Nallathambi, president and CEO of CoreLogic. "In many markets, especially major metro areas like Los Angeles, Atlanta and New York, home prices are being driven up at double-digit rates fueled by a lack of inventory and record levels of cash purchases."

All I know is that if our home's value keeps going up, the hubby and I might be tempted to sell sooner than we planned, pocket the tax-free profits and forgo the property tax deduction by renting for a while.

My wife and I really want to get a new home. We just need to make sure that we know the total cost before we invest in it. My job has been very stable these past years so, I think we are ready to get a home.