Today, despite the festive outings across the United States, is the most somber of national holidays. 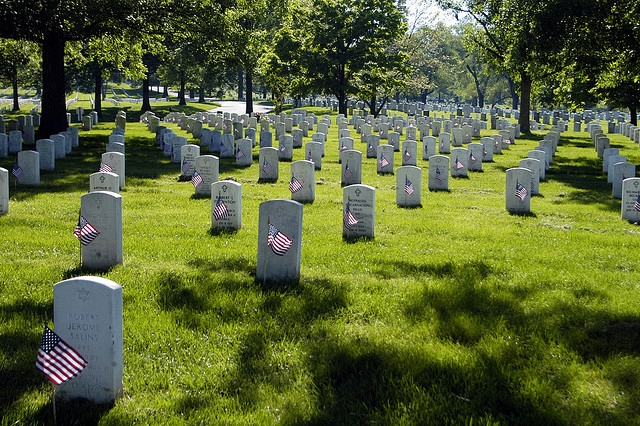 What we now call Memorial Day began with a ceremony on May 5, 1866, in Waterloo, New York, where residents of that community honored local veterans who had fought in the Civil War.

Exactly two years later, the head of the Grand Army of the Republic, an organization of Union veterans, established the day as a special time for the nation to decorate the graves of Civil War dead with flowers.

While we remember those in uniform who gave so much and who have passed away, Memorial Day also is a time to think of the members of today's members of the military.

But since most states also collect income tax, it's important for our soldiers, sailors and veterans to know how their states treat their earnings and retirement benefits. There also often are tax considerations at more local tax jurisdiction levels, such as property tax exemptions by counties for veterans.

As is the case with all taxes for military personnel and civilians at all levels, the laws are continually changing.

Other provisions of the new Iowa law allow private employers to give veterans preferential treatment in hiring; direct the Hawkeye State's occupational licensing boards to adopt rules allowing credit for military training and experience in the licensing process; and make it easier for troops to earn academic credit for their military training and experience if they decide to seek a degree at an Iowa college or university.

Other states' military tax options: You can check with your state's tax department as to what benefits are available for active or retired members of the military.

I know that taxes are not at the top of anyone's to-do list today. But when your family celebrations and Memorial Day remembrances are done, take time to check out the federal and state tax benefits for military members.