John Paul Pinette, the portly comic who is probably most recognized as the carjacking victim who set in motion the trial in the 1998 finale of "Seinfeld," died April 5.

If the 50-year-old Malden, Mass., native had followed his original career path, he likely would be working on tax returns today.

Pinette earned an accounting degree in 1996 from what is now the University of Massachusetts, Lowell and, according to the New York Times, "embarked on a brief, unhappy career in the field." 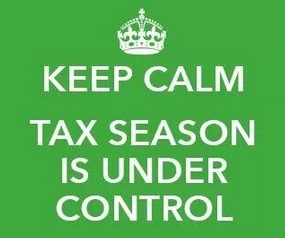 "I was a very bad accountant," he told the Montreal Gazette in 2006. "I knew the book theory, but I didn't have the heart for it. I did it for six months, and my job was to distract the auditors with jokes."

I mention the passing of Pinette today simply to remind everyone struggling through this most crazy part of tax time to take a break and smile.

The worst will be over soon.

And unlike Pinette, you are dealing with accounting and/or taxes today because you do love your job.

If you don't, then follow Pinette out of the business. Your career change doesn't have to be comedy, but it should be work that makes you happy.