Rough roads ahead as Highway Trust Fund runs out of money

Since my mom moved to the Austin area three years ago, I've been driving the 100 or so round-trip miles every other week to visit her.

I am very glad I filled up my Chevy before the last visit and that it gets good mileage. Earlier in April, regular gasoline was just a nickel more than $3 per gallon. Now at some Central Texas stations, the pump price is pushing $3.60 a gallon. 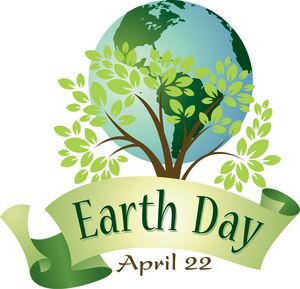 Fuel costs are on my mind today not only because it's almost time to hit the road to mom's again, but also because today is Earth Day.

Since its inception in 1970, April 22 has been dedicated to recognizing environmental challenges and how to deal with them so that Mother Earth and all of us along for her ride survive.

In recent years, climate change has become a major concern.

Fuel tax fights: The fighting over how carbon emissions contribute to our world's weather continues.

So do the battles over carbon taxes, which include the state and federal excise charges to fuel, that are viewed as an easy way to mitigate the effects of fossil fuels.

Charge more for polluting fuel, goes the argument, and people will use less.

That Pigovian approach does work to a degree. But not for everyone.

"The vast majority of us won't sacrifice our high-consumption lifestyles, put jobs at risk or pay a high price to protect the environment," writes Owen Ullmann, managing editor for print news at USA Today, in today's edition. "Give up our big SUVs? Pay higher gas taxes? Spend more time in the dark?"

Ullmann's right. That's not going to happen, at least not in large enough numbers to make a difference. At least not here currently car-crazy America. Maybe when the millennials who tend to eschew autos are totally in charge, things will change.

Right now, however, we're not even willing to pay more to keep the roads in shape for our beloved vehicles.

Road account running low on funds: Sen. Patty Murray (D-Wash.) took to the U.S. Senate floor earlier this month to warn her colleagues that that the Department of Transportation's Highway Trust Fund soon could be bankrupt.

The Highway Trust Fund is filled via the federal fee levied on our fill-ups. Since 1993, that levy has been locked at 18.4 cents per gallon for gasoline.

The Congressional Budget Office has projected that the trust fund will go bankrupt in the fall without additional congressional action. Murray, who chairs the Senate Budget Committee, warned of a faster timetable.

"As soon as July, just a few months from now, the Department of Transportation predicts the Highway Trust Fund will reach a critically low level," said Murray. "If this isn't resolved, construction projects to improve our roads and bridges could shut down and leave workers without a paycheck." 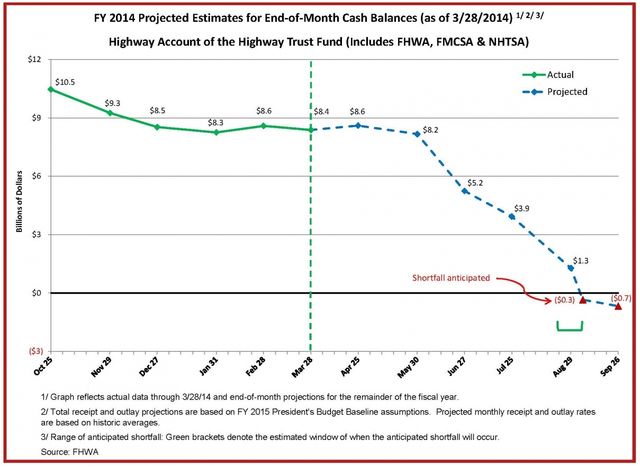 On Oct. 1, 2013, the beginning of fiscal year 2014, the federal highway account held approximately $1.6 billion in cash, reports the DoT. A general fund transfer to the account of $9.7 billion (reduced by sequestration from the originally authorized $10.4 billion) was processed shortly after the start of the fiscal year.

But, says DoT, the surface transportation program continues to spend more than it has coming in. That's led to a cash balance drop of nearly $3.5 billion since last October's fund transfer.

Based on current spending and revenue trends, Transportation officials estimate that the Highway Account of the Highway Trust Fund will encounter a shortfall before the 2014 fiscal year ends on Sept. 30. That's also the day by which Congress must act to renew the federal government’s authorization to collect the gas tax at all.

You've got to love the understatement of "encounter a shortfall." But we drivers definitely won't love the crappier roads we'll end up coping with.

Of course, if the highways are too awful to even venture out on, then we won't be driving our emission spewing autos any more. That's one way to reduce them.