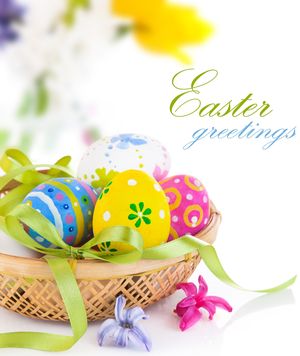 Many folks spent Easter, either the full weekend starting on Good Friday and ending on this important Christian holiday, going to church services and/or visiting family.

But sometimes, a break is welcome. A good one on this Easter Sunday is to take in an appropriately themed movie.

Faith-based movies are in vogue right now, with several recent releases, including Noah, Heaven is Real and Son of God doing well at the box office. Hey, believing is important, but so is paying real-life bills.

Check your local Cineplex to see if these flicks are still on the wide screen in your town.

If there aren't any movies at your local theaters, check out Turner Classic Movies; it's been running several Easter films leading up to and through today. And there's always Netflix and Amazon Prime.

10 Easter movies: If you want to settle down on your couch with a bag of microwave popcorn, here are 10 Easter movie suggestions, in no particular order:

Tax breaks battles for movies, TV: Many of the movies on this list were made during Hollywood's golden age. Nowadays, movies and television programs are produced literally around the world.

To lure television crews and filmmakers, states and even Uncle Sam -- a film credit for U.S. productions is part of the still pending tax extenders bill -- offer lucrative tax breaks. Most of the recent Academy Awards best picture nominees got some sort of state incentives.

And as I've blogged many times before, movie and TV production companies are very willing to play those various jurisdictions against each other in order to get better tax deals to film in a certain location.

The competition is turning nasty in some cases.

Maryland currently is fighting with the House of Cards company. The Netflix original drama about duplicitous doings on Capitol Hill is threatening to leave its Baltimore sets if it doesn't get a $3.5 million tax credit. Negotiations are continuing, but at one point Old Line State lawmakers threatened to seize the production's physical assets.

New York passed a special tax break to get NBC's Tonight Show with Jimmy Fallon back in the Big Apple.

Expanded Golden State tax break: California is fighting back. As a recent New York Times article notes, "A coast-to-coast duel erupted after CBS named Stephen Colbert its new Late Show host, with Eric Garcetti, the mayor of Los Angeles, lobbying for the show to move to Los Angeles and the New York governor, Andrew M. Cuomo, calling for it to remain in New York."

A proposed new California law also would expand the state's film credit program to cover not only smaller films and new TV series as it does now, but also major studio productions that cost as much as $100 million, as well as expensive, established television shows.

But the proposal, sponsored by a pair of Democratic state Assembly members, is facing stiff criticism. Teachers and other Golden State educational system employees say that tax credits for special interest groups, corporations and others such as the film industry have "depleted our general fund of billions of dollars."

Will make-believe win out over life's costly realities? Stay tuned. There likely are lots of twists and turns in this legislative script.