Doctors are target of an income tax fraud scheme; the rest
of us need to watch out for a new e-file phishing attempt 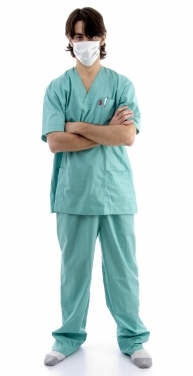 Hundreds of physicians across several states and Puerto Rico are victims of an income tax fraud scheme, according to Brian Krebs, author of the cybercrime and Internet security website KrebsOnSecurity.

Scam artists are using the health care providers identities to e-file taxes and collect returns for themselves. The ID theft, reports MedPage Today, has been reported by physicians in Maine, Connecticut, Michigan, South Dakota, Vermont and elsewhere.

The fraud was reported at both the state and federal level, but the source of physician information remains unknown.

Looking for the data leak: The spike in tax fraud cases against medical professionals is fueling speculation that the crimes may have been prompted by a data breach at some type of national organization that certifies or provides credentials for physicians, writes Krebs.

Another theory is that the physician-related tax fraud incidents might be related to last week's release of information by Medicare on payments to 880,000 medical providers nationwide. Part of that data dump included doctors' National Providers Identification (NPI) numbers that are used by the federal government to keep track of physicians for Medicare and Medicaid billing purposes.

Robert Mills, media relations coordinator of the American Medical Association, told Krebs that the professional group is hearing from state medical societies that tax ID theft seems to be a greater problem this year than in the past.

But Mills stressed, and Krebs agreed, that this scheme seems to be targeting professionals generally, not just physicians.

That's not surprising. Tax criminals know what the Internal Revenue Service knows; that it's more cost effective to set your sights, either for nefarious purposes or in deciding who to audit, on professionals who make more money.

Tax identity theft knows no income limits: Of course, even those of us lower down the earnings scale also can become tax ID theft victims.

The wide net that tax crooks cast was underscored this week when the Internal Revenue Service announced that it has received word of a new phishing scam.

These new fake emails tell recipients "you are to update your IRS e-file immediately." Since most of us nowadays electronically file our 1040s, the con artists' messages have a good chance of catching potential victims' eyes.

And the crooks obviously they are hoping that the communication will scare e-filers into thinking that something is wrong with the return they submitted.

As is usual in phishing scams, the emails appear to be from the IRS and include a link to a bogus web site intended to mirror the official IRS web site. They mention USA.gov and IRSgov, though notably not IRS.gov (IRS-dot-gov).

So one more time, it's time to remind everyone that the IRS does not initiate contact with taxpayers by email, texting or any social media.

Don't get scammed. Don't respond to the email. And definitely don't click on the links.

Surgeon in scrubs with facemask
by imagerymajestic via FreeDigitalPhotos.net