And more of us enjoy any reason to party. That makes St. Paddy's Day a big one for businesses that cater to our festive natures. 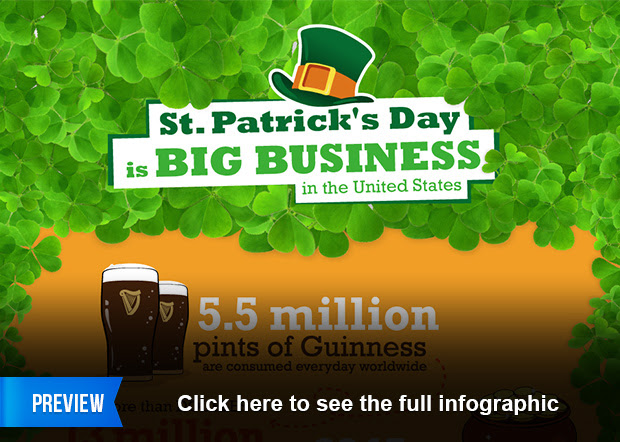 Internet statistics company Statista says (and illustrates in its infographic) that March 17 has become increasingly more popular in the United States.

Last year, 56 percent of us celebrated parades, parties and pints. That figure was just 44 percent back in 2009.

A big part of our out-of-pocket St. Patrick's Day expenditure goes toward the ubiquitous green beer.

And not only do all the country's Irish-for-a-day pubs thank you, so do tax collectors.

Excise and other taxes are added to the cost of our mugs of brew.

Brewing up taxes, too: In fact, says the Beer Institute, taxes are the single most expensive ingredient in beer, costing more than the labor and raw materials combined.

One study cited by the brewing trade group found that if all the taxes levied on the production, distribution and retailing of beer are added up, they amount to more than 40 percent of the retail price.

The tax treatment of beer varies widely across the United States, notes the Tax Foundation, ranging from a low of 2 cents per gallon in Wyoming to a high of $1.17 per gallon in Tennessee.

The Volunteer State's top U.S. beer tax amount also earns it on this traditional beer-drinking day the By the Numbers honor for this week. 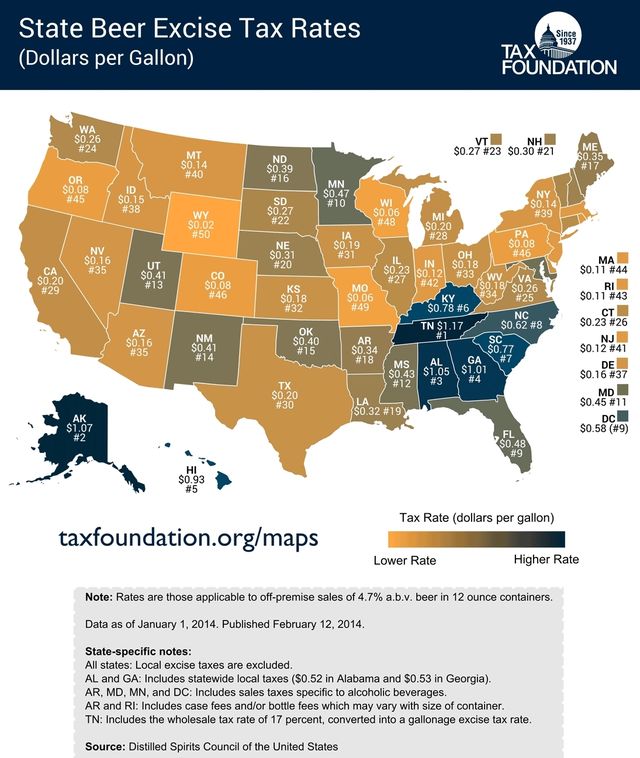 Those are enough tax calculations to make your head spin even before you take your first sip of beer!