Many taxpayers are wondering if this filing season is their last shot at some tax breaks they regularly claim.

These write-offs, for both businesses and individuals, are known as extenders. They are technically temporary tax credits, deductions and other tax savings that expire and that Congress then renews or, per the name, extends for a year or two. 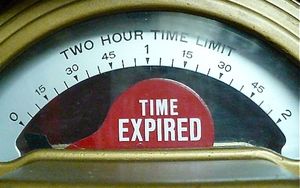 Awaiting tax code resurrection: The first part of that process happened most recently on Dec. 31, 2013.

On the individual side, now-dead tax breaks include above-the-line deductions for college tuition and fees and educators' out-of-pocket classroom expenses.

So did the tax credit for some energy efficient improvements to residences and the ability of older IRA owners to transfer their annual required distribution amounts directly to a qualified charity.

Better-late-than-never extensions: Congress has a bad habit of renewing extenders retroactively; that is, the House and Senate approve the tax breaks after they've expired but make them effect for the full tax year that's already underway.

That's likely to be the case this year.

On one hand, it's good for many folks to get the tax breaks back. But on the other hand, it makes tax planning very difficult, especially if Congress waits until the very last minute to OK the extenders.

But we might not have to face such a long a period of tax planning uncertainty this year if recent reports are true.

The Senate Finance Committee plans to vote on an extenders package during the week of March 31 to revive some of the extenders, reports Richard Rubin for Bloomberg.

It will be the first action for new Finance Committee Chairman Sen. Ron Wyden (D-Ore.). He took over in February following the resignation of Sen. Max Baucus (D-Mont.) to become ambassador to China.

A Democratic aide told Rubin that Wyden hasn't decided whether to seek extension of the tax breaks through just this year or also to make them effective until Dec. 31, 2015. The new chairman also is pondering whether to exclude or refine some of the 55 extenders, according to the Bloomberg report.

That could help create a bill that will get bipartisan support. A spokesperson for Sen. Orrin Hatch (R-Utah), the Finance Committee's ranking Republican, said that Hatch believes there is "a lot of fat that needs to be cut" and that Congress should not continue to deal with extenders in a business-as-usual manner.

Hatch has a point. The tax code is ginormous and grows at least a little bit every year.

But while everyone complains about how tax laws continue to proliferate, folks who claim extenders and other tax breaks also are insistent that the tax provisions that apply to them, expired or not, stay on the books.

It looks like Wyden et al will be working on meeting at least part of that request soon.

Each Daily Tax Tip this week has been (and will be tomorrow, too) about adjustments to income, known popularly as above-the-line deductions that are available without having to itemize.

And two of the featured tips are extenders awaiting renewal.

Tuesday's tip was about the tuition and fees deduction. Today's feature is the educators' expenses.

If you use these tax breaks, here's hoping for your tax sake that the Senate tax-writing committee can soon get the Congressional ball rolling toward their renewal.