Dealing with a 1099-K for tax-free residential rental income

South by Southwest is over. The thousands of attendees are gone or heading home. Downtown Austin streets are reopened. Cranky local residents are looking for something else to complain about. 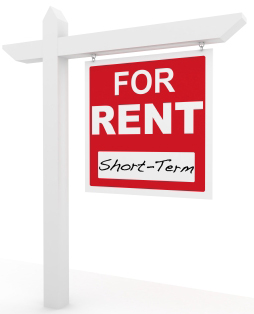 Some Austinites, however, are quite happy. During the week and half that the Lone Star State's capital was host of SXSW, they rented their residences to visitors.

Not only did many of my neighbors pocket a nice chunk of change, they don't owe any taxes on it as long as their total residential property rental for the year is 14 days or less.

That's right. As I've blogged before, homeowners across the United States take advantage of this tax code quirk.

It works here in Austin not only for Southby, but just as well when music fans show up (again) for the Austin City Limits music fest and to attend the Formula 1 U.S. Grand Prix.

It's equally welcome by Washington, D.C., residents every four years when a president is sworn in, as well as by those who live in cities that host Super Bowls, World Series games or the upcoming NCAA college basketball tournament games.

For all you skeptical homeowners who are suddenly seeing dollar signs, here's the section from page 19 of Internal Revenue Service Publication 527, Residential Rental Property (Including Rental of Vacation Homes):

Used as a home but rented less than 15 days. If you use a dwelling unit as a home and you rent it less than 15 days during the year, its primary function is not considered to be rental and it should not be reported on Schedule E (Form 1040). You are not required to report the rental income and rental expenses from this activity.

The colorful highlighting is mine because it can cause issues for some short-term landlords. These folks use a service to lease their properties and then they get a 1099 reminding them of the cash they raked in for those two weeks or less.

This naturally concerns folks who know their tax-free rental status, but who get the form. Essentially, they are caught in the middle of two different tax laws.

1099 triggers: First, don't be mad at the form issuer. They're just following the law.

Companies that handle short-term rentals generally are required to issue 1099-K forms. This form was created to address what tax collectors saw as a hole in the third-party tax reporting system. 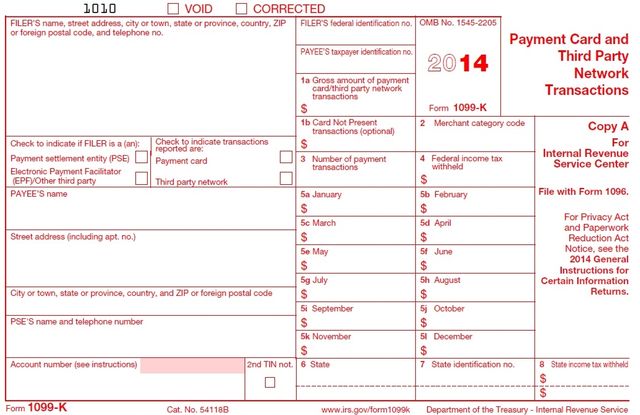 With the growth of what is known as the sharing economy, more and more folks are selling, renting or bartering products, property or services. As part of this process, companies take care of many of the administrative details, such as the payment process.

The triggering mechanism for the 1099-K is different from those of other 1099s, but the purpose is the same. The 1099-K is the IRS' way of making sure the earner doesn't overlook his or her tax obligations.

Reported but not taxable: But what happens when the form recipient doesn't have any tax obligations on the transaction?

That's the case for blog reader Eileen, who got a 1099-K from Airbnb in connection with the rental last year of her home. The IRS now knows that she got the rent, but it doesn't know how many days she rented her home.

Since her residential rental was less than 15 days, she can keep that money without giving any to Uncle Sam. But she's worried that if she doesn't include the income shown on the 1099-K on her return, the IRS will get back to her about what it sees as an oversight.

She's got a very good point.

So what are the options for Eileen and her fellow short-term landlords who don't want to overpay their taxes but also don't want to deal with the IRS any more than they absolutely have to?

As today's Daily Tax Tip notes, there are several, actually.

Ignore it: You can simply omit the tax-free rental income from their 1040s and wait for any possible follow-up by the IRS. At that point, they would need to show the IRS records substantiating there rental period was in the tax-free range.

Include an explanatory statement: You can't opt to not report the income and let the IRS know why you're doing so.

Explain in a statement you attach to your tax return that you rented your personal residence for 14 or fewer days and therefore are not liable for taxes. Note that is why your gross income amount is short the amount reported on the 1099 that the tax agency received.

This can be a separate document you create and send in with your return. This would mean paper filing.

Or, if your tax software offers Form 8275, fill it out and e-file it with your return.

Form 8275 is subtitled Disclosure Statement and in the form's instructions, the IRS says that it is "filed by individuals, corporations, pass-through entities, and tax return preparers" to "disclose items or positions, except those taken contrary to a regulation, that are not otherwise adequately disclosed on a tax return to avoid certain penalties."

Zero out the income: Report the 1099 amount as 0 on line 21, "other income," of your Form 1040. Note on that line "amount excludable as short-term rental income." In this case, you'll also need to include the statement mentioned earlier.

Report then deduct the income: Another option is to report the income as miscellaneous income on line 21 of Form 1040, then take a line 36 adjustment to income.

Line 36 is where other above-the-line deductions not listed on lines 23 through 35 are claimed. On line 36 note "personal residence rented less than 15 days" and then enter the nontaxable amount from the 1099.

Don't forget your state taxes: Finally, if you live in a state with an income tax, remember that tax office gets the same information as does the IRS. So that 1099 money will be a factor on your state return, too.

Less than ideal options: Unfortunately, none of these choices is very appealing.

If you ignore the amount, the IRS will no doubt eventually have questions. You must decide whether you prefer to deal with the tax collector now or later. Personally, I'd be constantly worrying about when the IRS would get back to me and how much time it might take to clear this up on the back end.

But if you include additional information in an area on your 1040 that's not designed for it (or as a separate document), you're inviting the IRS to spend extra time with your return. That's a major concern for many filers.

Even if you're not worried about the IRS giving your 1040 special attention, the added information your provide means it will take longer for the IRS to process your return.

Whatever option you choose to deal with your reporting issue, make sure you have records showing the exact days you rented your residential property. This substantiation will make any future inquiries about the tax-free income much easier to resolve in your favor.

Sad SXSW: There are more important things to think about in connection with the recently ended SXSW events.

It's been a tough time for this year's festival. The annual gathering of folks to revel in music, film and interactive achievements and advances was marred on March 13 when an allegedly drunk driver drove into a crowd awaiting entrance to a concert, killing a man and woman three people and injuring almost two dozen others.

It is a truly horrific occurrence and a sad way to end what is seen by many as Austin's hallmark event.

The Austin Community Foundation, a 501(c)(3) public charity, has created the SXSW Cares Fund to help people affected by the tragic event. You can donate online to the fund.

And wherever you are, tell those you love just how important they are to you every chance you get. Our time together is never guaranteed.

Great article. Thanks for the info, you made it easy to understand. BTW, if anyone needs to fill out a form 1099-K, I found a blank form here http://goo.gl/4Ex7Yy This site PDFfiller also has some tutorials how to fill it out and a few related tax forms that you might find useful.

There I fixed it for you. The IRS has a computer matching program to ensure that 1099s are not ignored by taxpayers.

If you ignore a 1099 then it is virtually certain that you will receive a CP2000 letter after a year or so. The IRS will assess tax, penalties, and interest on your 1099 income. You are now guilty until you can prove yourself innocent. It's going to be a big hassle at best.

The line 21 method works well in my experience, but as long as the 1099 is on your return and you zero it out somewhere else then you'll probably be OK.