We didn't learn anything new about how the Internal Revenue Service used to handle 501(c)(4) applications at the contentious Congressional hearing this week, but since its dramatic ending, things have changed.

In case you missed the hearing, Lois Lerner was back before the House Oversight and Government Reform Committee as it continued its investigation into the IRS' questionable tactics in reviewing applications for that favorable tax-exempt status. 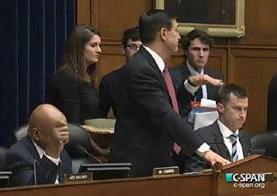 The quick recap is that Lerner showed up but once again took the Fifth and didn't testify.

An irked Rep. Darrell Issa (R-Calif.), chair of the committee, ended the hearing early and abruptly. In doing so, Issa literally cut off ranking Democrat Rep. Elijah Cummings (D-Md.) as he was speaking, making a throat-slashing motion to get Cummings' mic muted.

Following the contentious closing of the hearing, Cummings' Democratic colleagues called for sanctioning Issa for "the offensive and disrespectful manner" in which he conducted the hearing. The effort failed by a 211-185 vote along party lines.

Issa did, however, have some second thoughts about his actions. Last night he called Cummings and apologized. Cummings accepted Issa's gesture.

"My sincere hope is that as we move forward, we will respect the opinions of all members of the committee, we will proceed in a deliberate and considered manner to obtain the facts, we will refrain from making accusations that have no basis in fact, and we will seek resolution rather than unnecessary conflict," Cummings said in a statement following Issa's call.

Now the House Oversight leaders can get back to being, as my tax blogging pal Peter J. Reilly describes them, political frenemies.

I'm not sure I'd go that far. I'm just hoping that lawmakers at least try to be adults while they're ostensibly doing their jobs. 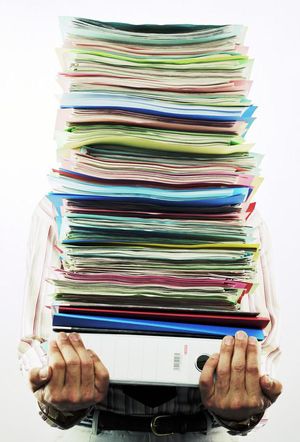 IRS releasing documents: The spirit of cooperation appears to have struck the IRS, too.

Ways and Means Chairman Dave Camp (R-Mich.) announced today that the tax agency has agreed to hand over documents pertaining to the tax-writing committee's separate investigation into the 501(c)(4) applications and subsequent proposed rule making changes in that area.

"The IRS has decided to finally make Lois Lerner's documents and emails available to the Committee. This is a significant step forward and will help us complete our investigation into the IRS' targeting of conservative groups," said Camp in a statement announcing the IRS decision.

Camp and his Republican colleagues believe that the material from Lerner they have reviewed so far indicates that "Washington, D.C. orchestrated the targeting of groups applying for tax-exempt status, surveillance of existing tax-exempt groups and formed the proposed 501(c)(4) rules designed to push conservative groups out of the public forum."

The rest of Lerner's documents, produced before she retired under pressure from her job as head of the IRS' Exempt Organization's office, are "key to determining the level of wrong doing and deception committed by this agency," said Camp.

Expect there to be continuing disagreement along party lines as to just what all this new paperwork and digital communication means.

But based on the reaction to the Issa incident, I'm hopeful that the two sides will make efforts to be more respectful during the ongoing investigation process. It is, after all, going to continue until the Nov. 4 midterm elections.