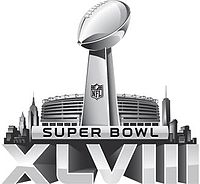 It's Super Bowl Sunday, so of course I'm thinking of two things: football and taxes.

Fortunately for me, those two areas intersect a lot.

Take the piece I put together on what we regular folks can learn from professional athletes' tax troubles PDF.

Tax missteps by athletes and others: Like many of us much less physically talented folks, star athletes make tax errors, get bad professional tax advice, get involved with or are victims of tax fraud and have hassles not only with the Internal Revenue Service, but state tax departments, too.

K. Sean Packard, a CPA who, as director of tax at the wealth management firm OFS in McLean, Va., specializes in athlete tax planning (and can be found on Twitter as @AthleteTax), is one of the people I spoke with about athletes' various tax troubles.

He noted that those state tax issues can be particularly vexing.

"Some guys who can afford it will try to live in a tax-free state," says Packard told me. But that only covers part of their time at work.

Jock tax trouble: Every major league player crosses borders that require them to battle not only opposing team players, but also state tax collectors thanks to the prevalent jock taxes. These levies by states and even cities mean that professional athletes end up with multiple tax masters.

And that could produce major tax bills for major leaguers.

Among the many things for which the Garden State is known are hefty tax rates. In fact, says Packard, New Jersey taxes could eat up all of Manning's Super Bowl earnings.

Seattle Seahawks players also will face N.J. taxes on their Super Bowl XLVIII earnings, but at least there is no income tax in their Washington state home.

Regular workers' state taxes, too: While most of us can't muster much sympathy for rich athletes and their tax travails, jock taxes apply to any worker whose job requires them to spend time in other tax jurisdictions.

Even telecommuters have been caught in this tax net. Workers in one state are paid by employers headquartered in other states. Which tax law applies?

Generally, you are taxed based on your residency, but….

There is no standardized, nationwide method for taxing cross-border telecommuters, although there have been bills introduced in previous sessions of Congress to address the issue.

For now it's a state-by-state, case-by-case situation.

And some states are following the New York approach, which is that the state is owed taxes if the out-of-state employee/telecommuter does the job elsewhere for the worker's convenience rather than being required to be in the out-of-state location by the employer.

So while I don't expect you to spend a lot of time thinking about taxes, especially as today's kickoff nears, you might want to examine jock taxes on Monday if you telecommute or work in multiple state locations.