Still no unemployment benefits, but tax concerns for jobless

Friday's jobs report was not good. The Labor Department's Feb. 7 numbers showed only 113,000 jobs were added in January. 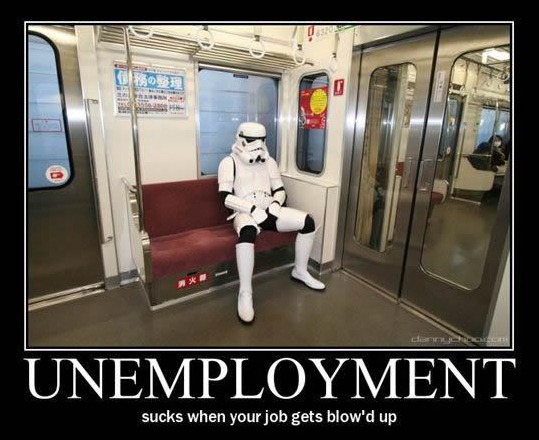 Was it the polar vortex effect or is the economy really heading backwards?

There are many components to the reports, so economists and politicians will continue to debate the employment figures and their meanings.

And Congress apparently will continue to debate whether to extend unemployment benefits.

No additional jobless benefits yet: So far, the word from Capitol Hill has been sorry, out-of-work Americans, but you're still on your own.

Federal Emergency Unemployment Compensation (EUC) for 1.3 million folks expired on Dec. 31. Democrats have vowed to provide a few more months of help to those who lost their benefits last year.

But the day before the January jobless report was released, two separate measures to restore the benefits for three months narrowly missed clearing the 60-vote procedural hurdle so that the bills could move on to further Senate consideration.

There's no word on when Senate Leader Harry Reid (D-Nev.) will try again.

But there is word here on the ol' blog via today's Daily Tax Tip about the tax issues you must be aware of if you're out of work.

Taxes still a concern: While millions are now without any short-term monetary assistance from Uncle Sam, he still expects to hear from them this tax-filing season if they got the benefits last year.

Why? Because unemployment benefits are taxable income.

That means that you must report the payments as income on your tax return. If you didn't opt to have any withholding taken from your unemployment, and a lot of folks don't because they need all the money they can get to cover living expenses, you must come up with it by April 15. That's the same reason that they probably didn't make estimated tax payments to cover the benefits.

But this means that these folks are probably facing a tax bill, and possible underpayment penalties, when they file their returns this year.

EITC option: There might be a bit of good news for folks who were out of work for at least part of last year. Their lower income could mean they are eligible for the Earned Income Tax Credit, generally referred to as the EITC.

This tax break is for workers who don't make that much money. Folks with kids get larger EITC payments, but those without children also qualify.

In order to receive EITC benefits for the 2013 tax year, your earned income and adjusted gross income (AGI) each must be less than:

The EITC claim on your 2013 return could get you up to:

This Internal Revenue Service has an interactive EITC Assistant that can help you determine whether you qualify and if so for how much. Unfortunately, the online tool is offline right now. (Yes, it continues to be a tough time for the IRS.) But the IRS is aiming to have it operational again by Feb. 21.

Other unemployment tax matters: You also might be able to claim some other tax breaks in connection with your job loss.

Your job-search expenses might be deductible if you itemize your deductions. These are claimed on Schedule A as part of the miscellaneous deductions total. That means that all qualifying costs in this section must exceed two percent of your adjusted gross income.

That might be a bit easier if your AGI was lower last year, but it's still a pretty big amount for many filers to meet. But just in case, dig out those receipts from last year.

If you tapped retirement accounts to make ends meet last year, note that you're going to owe taxes on the money you took from tax-deferred accounts, such as a traditional IRA.

I wish the news, both from Capitol Hill and the tax scene, was better for folks who are still trying to find a job.

But here's hoping that things for you and the rest of the country get better soon so that you only have to worry about taxes on income and not the tax implications of unemployment.