Maybe the National Taxpayer Advocate's recommendations came too late in the budgeting process.

Or maybe members of Congress just like whacking the most hated federal agency with a fiscal bludgeon. 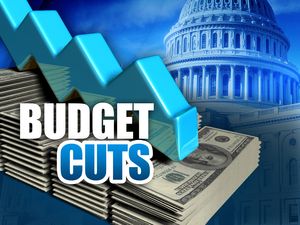 Whatever the reason, the Internal Revenue Service is going to have to make do with less money in fiscal year 2014 under the omnibus budget bill worked out this week on Capitol Hill.

UPDATE: The House passed the spending bill Wednesday, Jan. 15, afternoon by a bipartisan 359-to-67 margin. It now awaits Senate action.

And that means all of us taxpayers will probably suffer at least a little bit this filing season and beyond.

Yet more cuts: The tax agency will get $11.3 billion this fiscal year.

That's $526 million less than the IRS was given in fiscal 2013 and well below the $13 billion that the Obama Administration had requested for the country's tax collector.

The continuing cuts are part of a trend. The IRS budget also was cut by about 3 percent from fiscal year 2010 to 2012.

Political points made with less money: The latest budget cut is no surprise given the scrutiny of and criticism aimed at the IRS in the wake of its mishandling of 501(c)(4) applications, conference expenditures and some ill-advised videos.

In fact, lawmakers took advantage of the IRS missteps to include restrictions on how the agency can spend its smaller amount of operating cash.

The budget bill requires approval from an agency-wide editorial board before the IRS can use any money on videos. The board must determine "in advance that making the videos appropriate, taking into account the cost, topic, tone, and purpose of the video."

The bill also addresses the way the IRS evaluated possible political actions of groups seeking tax-exempt status. Initially, the agency's closer looks at applications by Tea Party and other conservative groups was the initial focus of investigators. Subsequent Congressional hearings revealed liberal and progressive groups also were subjects of be on the look out, or BOLO, lists.

Under the budget, the IRS must train its employees in taxpayer rights, ethics and impartial application of the tax law. The bill also says that the IRS cannot use money to "target citizens of the United States for exercising any right guaranteed under the First Amendment to the Constitution of the United States" or to "target groups for regulatory scrutiny based on their ideological beliefs."

Money for certain taxpayer services: The bill does call for $92 million to be dedicated "solely to improve the delivery of services to taxpayers, to improve the identification and prevention of refund fraud and identity theft, and to address international and offshore compliance issues."

And it allocates money for increased staffing for the IRS' toll-free taxpayer assistance telephone line.

This front line contact with taxpayers, particularly frustrated filers seeking help, has been abysmal, with less that 61 percent of percent of callers getting through. The phone assistance rate was 68 percent in fiscal year 2012.

Not enough money: Despite some money for specific services, the union that represents IRS workers says the fiscal 2014 appropriations bill does not provide the tax agency enough funds to properly do its various jobs.

"Continued underfunding of the IRS means refunds will be delayed, taxpayers will sit on hold and tax help will be available to fewer and fewer Americans," Kelley said.

That was the same message delivered by new IRS Commissioner John Koskinen on his first official day on the job, as well as by National Taxpayer Advocate Nina Olson in her latest annual report to Congress last week.

Maybe lawmakers will listen during the next budget cycle's debates.

If you have some time to spare or need some bedtime reading, check out the full $1.1 trillion 1,582-page budget document. The IRS section begins on page 456.

Looks like the new IRS Commissioner will need to supervise a genuinely efficient budget and eliminate extravagances like those mentioned in your blog last summer and in the article at Fast Forward Academy blog.