If you're a Californian, forget about your current federal tax return for a minute. You need to check on your 2012 state tax return.

Were you due a refund last year from the Golden State's tax collector? Did you get it? 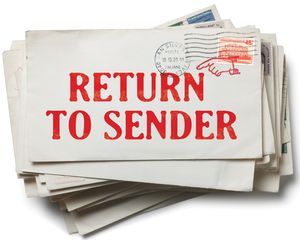 Nearly 48,000 Californians didn't. The state is holding around $16 million in snail mailed refund checks that were returned as undeliverable.

But just about any amount sure could come in handy for those Christmas credit card bills that are now arriving around now.

All of the numbers connected to undeliverable California tax refunds are notable. But for this week's By the Numbers figure, I'm going with the biggie: $16 million.

Getting your money now: Most of the refunds returned by the U.S. Postal Service to the FTB were because taxpayers moved and failed to update their addresses.

The bad news is that if some of the money is yours, you could have had it months ago. The good news is that it's not too late to get last year's refund.

California's Franchise Tax Board (FTB) says there are two ways to check on the status of refunds.

Or you can use FTB's online Check Your Refund Status search engine. It's available in both English and Spanish.

Of course, says FTB officials, you can avoid such delivery problems in the future by requesting direct deposit of future California tax refunds.

Last year, according to the FTB, more than 6 million California taxpayers had more than $6.2 billion in tax refunds directly deposited into their bank accounts.

I wonder if a lot of those California refunds are due to the many former residents of that state who have moved to Texas and left no forwarding address. Every year, I prepare tax returns for several individuals who lived and worked in both states during the preceding year. This triggers my completion of their part-year resident California return as well as the federal return. I always ask if they received a refund last year of state income tax from the tax return of the year before last. Of course, we Texas residents escape such state income tax complications.