Will the handouts to Boeing ever stop? Apparently not.

Washington State leaders reportedly are ready to push through $4 billion in possible transportation projects that they deemed "key to Boeing's success in Washington state."

The added state spending is detailed in a 164-page proposal obtained by the Associated Press under public disclosure laws.

The $4 billion added tax money also is this week's By the Numbers figure.

Boeing announced it would keep production of its new 777X jet in Washington after a second machinists union vote earlier this month caved to most of the company's demands. 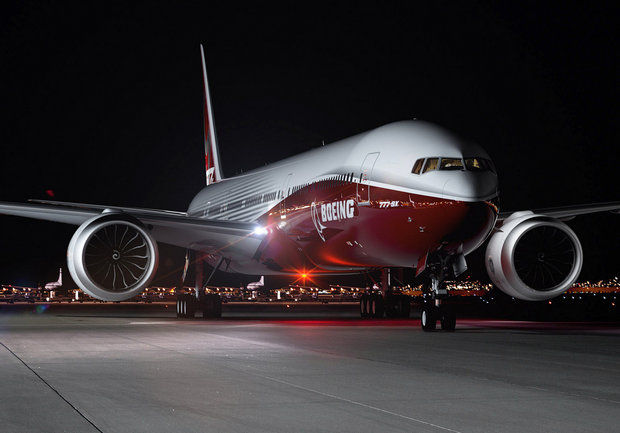 The aerospace giant had threatened to move the jet manufacture to another state and went as far as to shop around, getting other lucrative tax packages from Alabama, California, Utah, South Carolina and Missouri.

But Boeing decided it would be easier to stay put in the Pacific Northwest. It wasn't a tough choice.

The workers' union is essentially busted. The company already got the biggest state corporate tax break package ever, almost $9 billion.

Now it looks like even more money will be coming from the Washington treasury to help Boeing's bottom line.

At a Jan. 8 Internal Revenue Service hearing on proposed regulations to amend the definition of research and experimental expenditures, it appeared to some that Boeing wants a tax break to do testing it normally would in the production of aircraft.

Since 1954, section 174 of the tax code has allowed firms to deduct immediately costs of research instead of capitalizing them over many years. Boeing is unhappy with the IRS' proposed "shrinking-back rule" that would provide the research tax break only for companies that develop and test individual components of an aircraft rather than those who put together and test the entire aircraft, which is what Boeing does.

That prompted Citizens for Tax Justice to raise some questions:

Tax breaks designed to encourage research can only be said to be effective if they result in their recipients conducting research that they would not otherwise conduct. Boeing seems to argue that this includes safety testing of airplanes. But isn't this something that Boeing must do anyway?

Are we supposed to believe that Boeing will not do the appropriate safety testing if it does not receive a tax incentive for doing so?

CTJ also notes that the Boeing fight for more tax benefits comes after it has booked "billions in profits for a decade while paying nothing in federal or state corporate income taxes over that period."

"At this rate," says CTJ, "Boeing could probably threaten that its planes will explode midair if it doesn't get more tax breaks, and the Treasury Department and Congress probably would provide them."