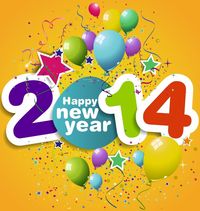 On the tax front, 2013 was quite an eventful year. So before we get too deep into this new year, I thought it would be fun to reflect on what happened in the tax world last year.

Taxes, of course, are very personal. That one-to-one relationship we all have with the tax code extends even to major developments in tax laws. What seems momentous to me might not be so important to you and vice versa.

So the following list of 10 tax happenings in 2013 is in no particular order.

1. American Taxpayer Relief Act
We started 2013 by falling off the fiscal cliff, but Congress pulled us back onto quasi-tax-terra-firma via passage Jan. 2, 2013, of the American Taxpayer Relief Act of 2012. Yes, once again Washington, D.C., dealt with a slew of tax issues retroactively. And it renewed some of them for just a couple of years, meaning they ended on Dec. 31, 2013 (more on this later). But ATRA does make permanent -- whatever that means on Capitol Hill -- most of the Bush-era tax laws. That means continued low tax rates for most us who aren't at the higher end of the earnings scale.

2. Stealth tax hikes
While ATRA is good for many taxpayers, it hits richer filers with a higher top tax rate of 39.6 percent and the return to the 20 percent capital gains tax rate for wealthier investors. But ATRA's effects on the richer don't stop there. Some upper income taxpayers will face a loss of tax breaks thanks to a couple of reductions via ATRA to their tax breaks. These so-called stealth taxes don't show up until filing time. That's when wealthier taxpayers will encounter the return of the limit on personal income exemption, aka PEP, as well as the reduction of the total amount of itemized deductions that can be claimed, aka the Pease (named after Donald Pease, the Ohio congressman who helped create it) limitation.

3. Health care taxes
For you richer readers, the 2013 tax news gets worse. In addition to the ATRA changes, two Affordable Care Act (ACA), or Obamacare in the popular vernacular, taxes took effect. Remember, back in 2012 (that seems soooo long ago now!), the health care reform act was declared constitutional on the basis of a tax argument. And in 2013 the law's 0.9 percent Medicare surtax starting coming out of paychecks of those making more than $200,000 if single or more than $250,000 if married couples filing jointly. Those same earnings levels also trigger the 3.8 percent tax on net investment income (NII) that will be figured on 2013 tax returns this year. Adding insult to tax injury are the calculation contortions that must be done to figure the new taxes, especially the NII tax.

4. Filing season mess
Because Congress was so late in enacting ATRA, the 2013 tax filing season was delayed. Forms had to be redone and computer systems tested. Add to that the Internal Revenue Service's continuing efforts to filter out suspected fraudulent returns, and this last filing season was a big, fat tax mess. Confused filers made mistakes on forms, leading to more delays and at one point the agency's Where's My Refund online refund tracking system was down. Guess what? Thanks to the 16-day federal government shutdown in October 2013, the 2014 filing season, already starting a day later than the 2013 season, could be a repeat of the 2013 filing fiasco.

5. DOMA tax decisions
The estate tax was key to marriage equality in 2013. On June 26, 2013, the Supreme Court ruled that the federal Defense of Marriage Act's (DOMA) definition of marriage as between one man and one woman was unconstitutional. The case had been brought by Edie Windsor, a finalist for Time's Person of the Year, because she had to pay federal estate tax simply because her spouse was a woman not a man. In the wake of the Supreme Court decision, the IRS went a step further, announcing that all same-sex married couples will be treated as married for filing purposes regardless of the state law on gay/lesbian marriages where they live.

6. IRS troubles
Where to start? 2013 truly was annus horribilis for the Internal Revenue Service. Multiple training video humiliations, from Star Trek and Gilligan's Island parodies to the ill-advised (for many reasons) employee line dancing tape. A series of scathing Treasury Inspector General for Tax Administration reports, most notably the questions raised about whether the agency considers political bias in its handling of requests from organizations for 501(c)(4) non-profit status. The subsequent Congressional hearings into IRS actions, focusing in the Republican-led House on complaints by Tea Party-affiliated groups. Fifth Amendment pleas and resignations/firings of IRS leaders. And the IRS spent most of the year fighting an ongoing court challenge -- and not very well, according to many tax and legal experts -- that has stalled its grand plan to regulate all paid tax professionals. Will new IRS Commissioner John Koskinen, confirmed in late December although some in the tax world viewed skeptically his lack of tax background, be able to work his heralded turnaround magic on the agency?

7. Unfinished extenders
More than 50 business and individual temporary tax breaks expired when 2013 ended. Congressional dealing with -- or not -- of these tax laws, known as extenders because they technically are temporary and must be renewed (or extended), usually every year or two, has become quite the bad habit. Representatives and Senators have tended to let the laws expire and then re-enact most of them later the next year retroactively. In most cases, that works. But it makes it very hard for taxpayers to make effective tax planning moves because they are unsure what tax law will ultimately be in effect.

8. Permanent AMT relief
The Alternative Minimum Tax (AMT) was enacted by Congress in 1969 as a way to ensure that wealthier taxpayers paid at least a minimum amount of tax. What constitutes wealthy, however, was not pegged to inflation, so over the many, many years, inflation meant that more and more middle-class earners were subjected to the AMT. Congress worked around this inflation flaw by enacting annual exemption amounts to keep people out of the alternative tax's clutches. Waiting for such action, however, was nerve wracking. When would Congress act? How much would the exemption amount be? As with the extenders, tax planning to deal with possible AMT implications was hampered. But 2013 finally brought joy to potential AMT victims! As part of ATRA, the AMT exemption amount for 2012 was made permanent and is now indexed for inflation. An estimated 34 million taxpayers rejoiced at no longer having to wait around for lawmakers to act before determining their AMT tax strategies.

9. 100 years of the income tax
The income tax as we know it celebrated its 100th birthday in 2013. And people have been complaining about it for 99 years and 11 months (or more!). While it's not a perfect system by any stretch of the imagination, it has endured, not only taxpayer complaints, but lobbyist pressure and Congressional fiddling. Will it make it another 100?

10. Tax reform
Odds are the United States will continue to levy an income tax in some progressive form. But there's still talk of tax reform. The last major update to the Internal Revenue Code was via the historic 1986 Tax Reform Act (TRA). Leaders of both the House Ways and Means and Senate Finance tax-writing committees have pledged to make tax reform a reality before they surrender their chairmanships. We'll see if they can succeed in making tax reform one of 2014's big tax stories.

Whew! That's a lot of tax stuff and I didn't even go into all the tax action that transpired in state legislatures last year.

What else did I overlook? Let me and the ol' blog readers know what you think were the top tax happenings of 2013 in the comments section below.

How about the proposal to eliminate 1031 exchanges? As a real estate professional, I fear that eliminating the tax rules for 1031 like-kind exchanges could be a catastrophic threat to the real estate market or even bring it to a grinding halt as investors will have a strong disincentive to sell their property, causing property values to plummet.
This could cause a permanent crash to the entire real estate industry.