The St. Louis Rams don't have anything to fight for on this last weekend of the National Football League 2013 season. They are dead last in the NFC West, their playoff hopes dashed weeks ago. 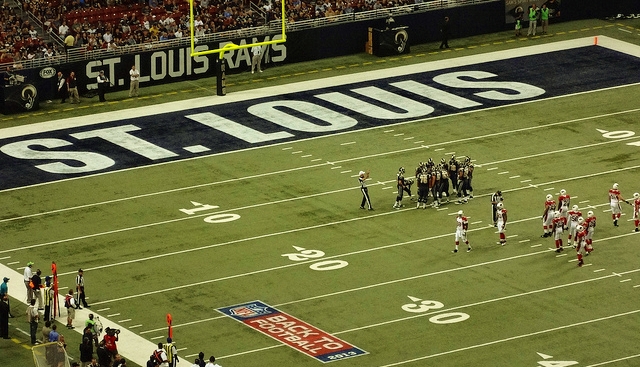 The Rams do, however, have a fight on their hand in the tax arena.

The football team's officials say they collected around $400,000 too much in sales tax on game tickets sold to fans. The Rams are seeking a refund of that tax money from Missouri.

Team officials discovered the overpayment in 2011, according to a report by the St. Louis Post-Dispatch. That tax year, Rams claim they "erroneously" calculated state sales taxes on a base ticket price inflated by city taxes.

Per ticket, according to the newspaper, the difference in calculations is small, about 40 cents on a $100 ticket. But when multiplied by thousands of tickets over several years it came to the $401,000 in allegedly miscalculated taxes.

That sales tax amount in question is this week's By the Numbers figure.

No tax refund for fans: This is just one tax issue currently being fought by the Rams. The team also is asking Missouri to forgive $445,000 more in unpaid taxes.

The current tax battles are not anything new for the Rams. The team has filed six appeals totaling $4.7 million since 2008.

Rams' fans, however, aren't likely to rally around their team as it scrimmages with Missouri over allegedly overpaid sales taxes.

Even if the team gets the money back, the Rams don't intend to refund any of it to ticket buyers.