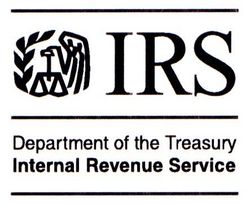 Taxes are all about numbers and today the Internal Revenue Service announced that it has reached an impressive one when it comes to electronic filing.

E-filing was one of the few areas where the IRS recorded an increase over the previous year.

In 2013, more than 45.2 million returns were sent to the IRS by taxpayers who prepared and e-filed their own 1040s on home computers. That's up from 43.2 million a year earlier, a 4.6 percent increase.

E-filings by tax professionals also increased, but only slightly. The 77.3 million professionally prepared and filed 1040s this year was a 1.2 percent increase over last year's such filings.

Refunds down, too: The total number of refunds was down by less than 1 percent.

But the number of refunds that were directly deposited to taxpayer financial accounts was up just more than 1 percent.

As has been the case for the last few years, folks who have their refunds sent straight to their banks tend to get larger amounts back from Uncle Sam.

The IRS doesn't speculate on why there were fewer returns or refunds were smaller. A good guess, though, is that the economy is still taking a toll. Folks were still out of jobs or taking lower paying positions.

That meant that some folks didn't make enough to require that they file a 1040.

Refunds to be slowed in 2014: If you're expecting a refund when you file your 2013 taxes next year, remember that it will take a while longer before you get it.

The IRS has pushed back the opening of the 2014 tax filing season a week, until Jan. 28, 2014. That same scenario played out this year, with the tax agency not accepting 2012 returns until Jan. 30.

Both this year and next year, the reason for the delay is the same: Congress.

In 2013, lawmakers didn't pass tax laws that affected filing until the New Year rolled around.

The coming filing season is pushed back (and possibly even into early February) because of the federal government's 16-day shutdown engineered by some members of Congress. Yes, I'm looking at you Texas Sen. Ted Cruz.

You might want to change your withholding for the last paycheck or two of December so you can get your hands on your money now instead of waiting until February or later for a tax refund check.