Our houses in South Florida and here in Austin each had storage space under the stairway. That's where our 24 boxes of Christmas decorations have lived. In our last Maryland home, the cartons took up a corner of the basement.

Yes, 24 boxes. And yes, some of the boxes are small. But most are decent sized because, as I noted last Saturday, I'm a sucker for this holiday. So is the hubby, who has the job of making sure our Christmas tree is properly decked out each year.

So it's no surprise that O Christmas Tree -- or O Tannenbaum if you're fluent in German (or a Charlie Brown fan) or Maryland, My Maryland if you're from the Old Line State -- makes the Christmas Tax Tip Tunes playlist.

And just how does a fir or spruce or pine have a tax connection? I'm glad you asked.

Perhaps you remember it from this time of year in 2011. The story back then and its 2013 iteration generally goes like this, the Bob Cratchits of the country want to tax the heart of our Christmas decorations.

They are proposing via the House version of the Farm Bill a 15 cent assessment on all fresh cut, not artificial, Christmas trees. That charge, which could eventually go up to 20 cents per tree, would likely be passed from the tree growers and sellers to the retail tree buyers.

Now 15 cents, or even 20, is not that much, but anti-tax groups see it as a slippery Christmas slope, and we're not talking an incline for joyous young sledders.

"A 15-cent tax may not seem like much. However, taxes are a death by a thousand cuts," said Daren Bakst, an analyst with the conservative Heritage Foundation. "One of those cuts shouldn't come from the Christmas tree. One way to actually hurt the image of the Christmas tree is to make it a symbol of taxation during the holiday season."

A way to pay for live tree promotion: So why such a holiday assessment or fee or tax or whatever you want to call it in the first place?

Some Christmas tree farmers actually asked for it.

Well, not the tree tax specifically, but they want to set up its own promotional program to help fight the incursion of artificial Christmas trees. The fee would pay for the promotional effort.

The board would tout the advantages of a real Christmas tree in much the same way that other industries -- the dairy industry's "Got Milk?" campaign, cattlemen's "Beef: It's What's For Dinner" promotion, pork producer's "Other White Meat" designation and the poultry sector's "Incredible Edible Egg" push -- drum up support for their products.

When the so-called tree tax got widespread attention two years ago, the 15-cent levy was dropped. Since it's only in the House Farm Bill, not the Senate version, it might get bumped again.

Of course, the conferees from the two Congressional chambers would have to work something out and that's not happening yet. The big Farm Bill hang-up has been not Christmas trees taxes, but cuts to food stamp programs and how to deal with farm subsidies.

Whatever decision is finally reached, it likely won't be until 2014 so this year's Christmas trees are tax free.

The hubby's holiday handiwork: OK, since I mentioned the hubby's commitment to getting our Christmas tree looking perfect, I just had to share his handiwork. And don't just the real result based on my photo taking skills or lack thereof. 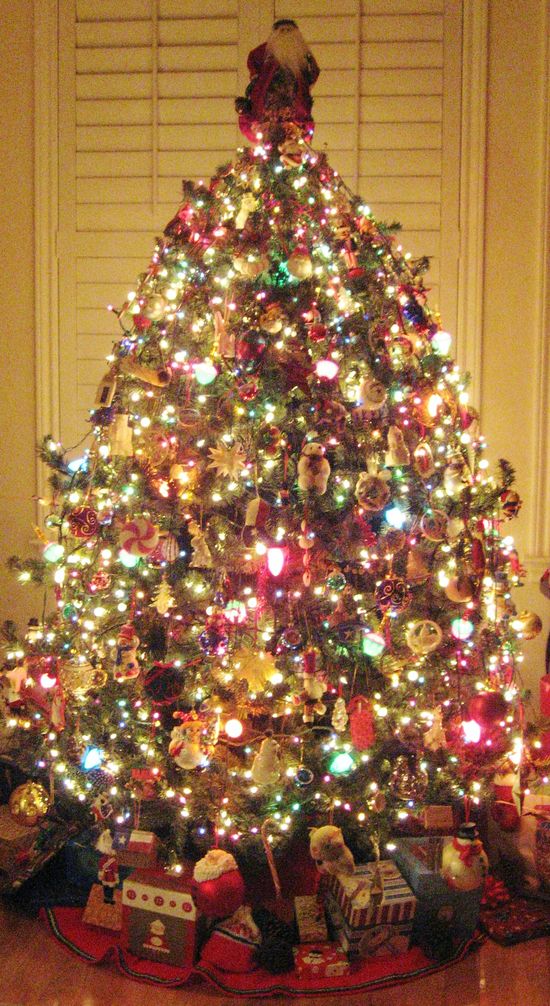 And yes, for all you careful photo and tree inspectors, that's an artificial tree. It has nothing to do with taxes. It's because many of our ornaments are too heavy to hang on the outer reaches of live tree limbs.